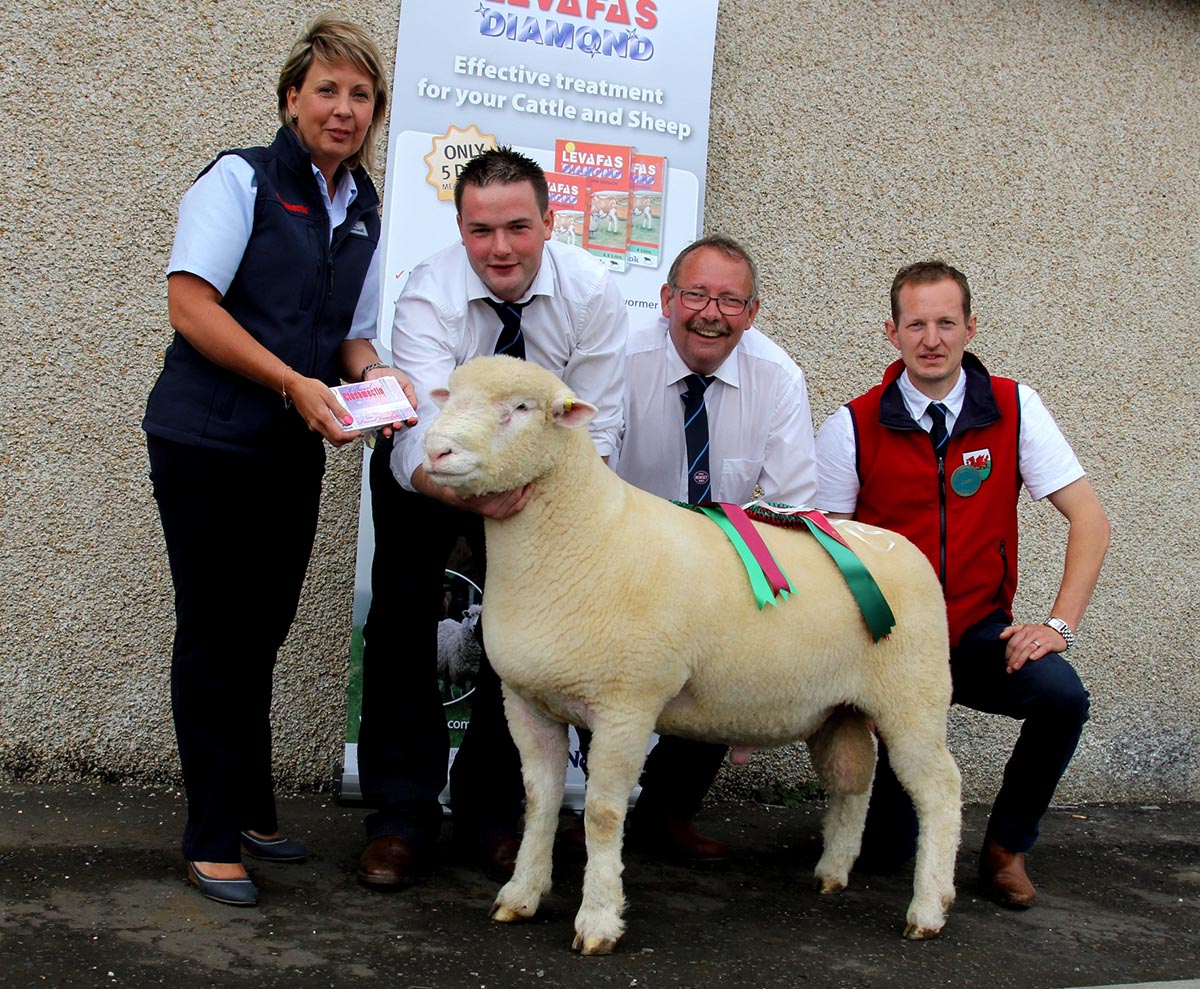 On Monday the 25th July the NI Dorset Club held their 44th Annual July Show and Sale in McClellands Livestock Mart, Ballymena. Once again the premier sale was very kindly sponsored by Norbrook Pharmaceuticals, who were represented at the show by Jacqueline Hamilton.

With the largest entry for a number of years, 232 lots were catalogued for sale ensuring there were sheep available to suit everyone and every purpose.

Our judge for the day was Welsh breeder and owner of the Pembroke flock David Lewis, who awarded the supreme champion of the sale to the first prize and superb triplet born ram lamb from the Galgorm flock of M & C Maybin, Ballymena. This tremendous lamb was sired by Pembroke Timebomb, who was imported by the Galgorm and Kildowney flocks jointly in 2012 from the Mayfair in Exeter, England. He later went on to achieve 550gns in the ring, sold to breeder B.Moss, Castlederg. 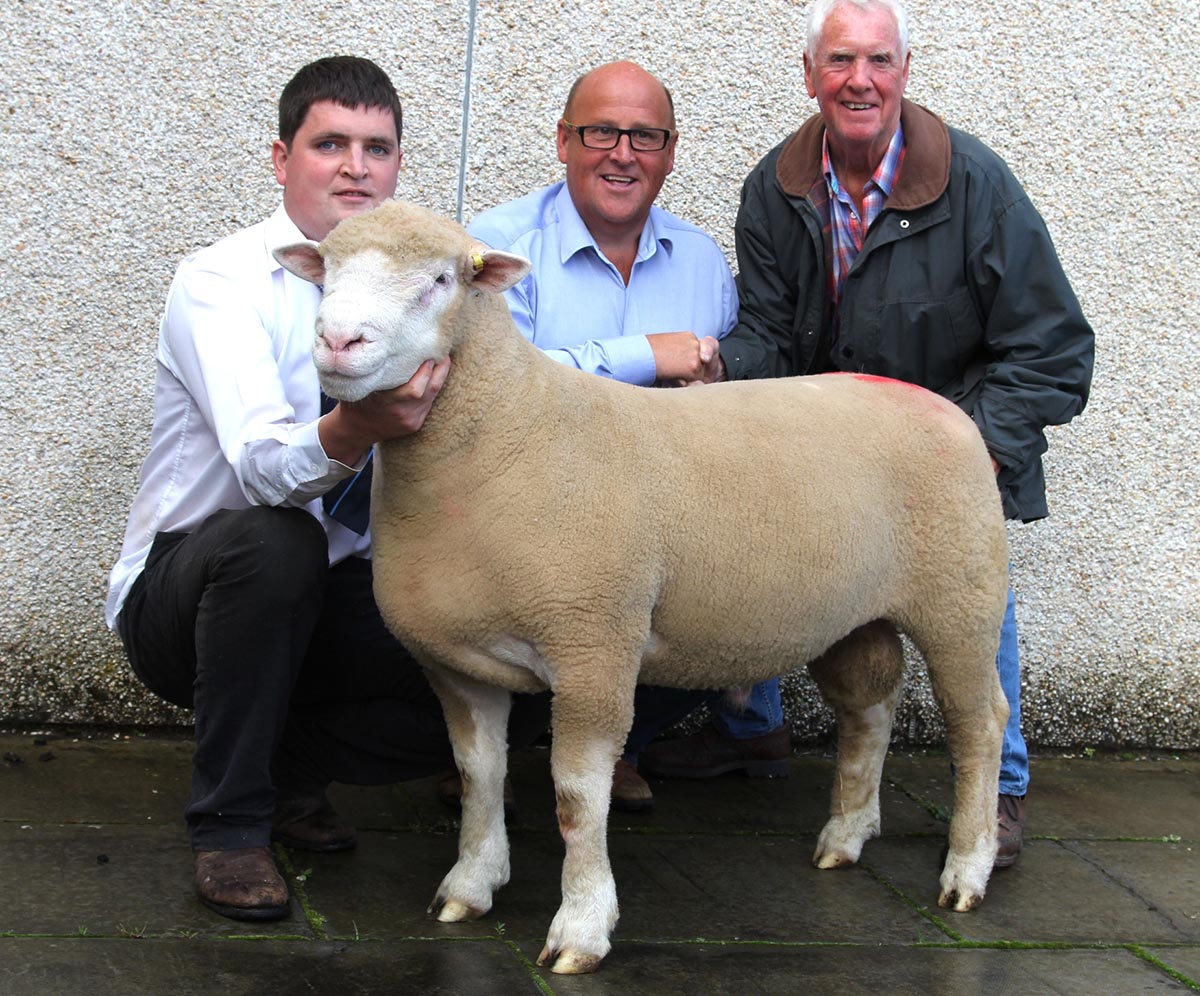 The top price of the evening went to the second prize ram lamb entered by R & D Hill, Doagh of the Olivertree flock. This son of Polgreen Shumaker was out of an unbeaten homebred show ewe. A flurry of bids ensued and the lamb was eventually sold to A.Steff, of the Waggoners flock in Lancashire, who currently is the chairman of the Northern Dorset Breeders Club, for an impressive 2000gns. A figure only surpassed by Drumlin Legend, sold by A.Flemming Ballymoney in 2009 for 2200gns.

The second highest price for the evening was achieved by a ram lamb entered by A.McConnell, of the Beechmount flock Templepatrick. This giant triplet born ram lamb was sired by Ballytaggart Puma and his sister was first prize ewe lamb and reserve overall champion at the Royal Ulster Agricultural Show 2016. The successful bidder was J.McFetridge, Glenarm.

Whilst 780gns was realised by W & C Johnston, of the Islandview flock Glenavy, for their eye catching first prize horned ram lamb, which will be making his way home with A.Birch to Derbyshire.

Shearling rams were also offered for sale with the first prize winner of K & L Weir, Ballymena sold for 600gns to the Tannybrake and Tullybane flocks of J & W Smith, Kells and C & M Patton, Dervock. 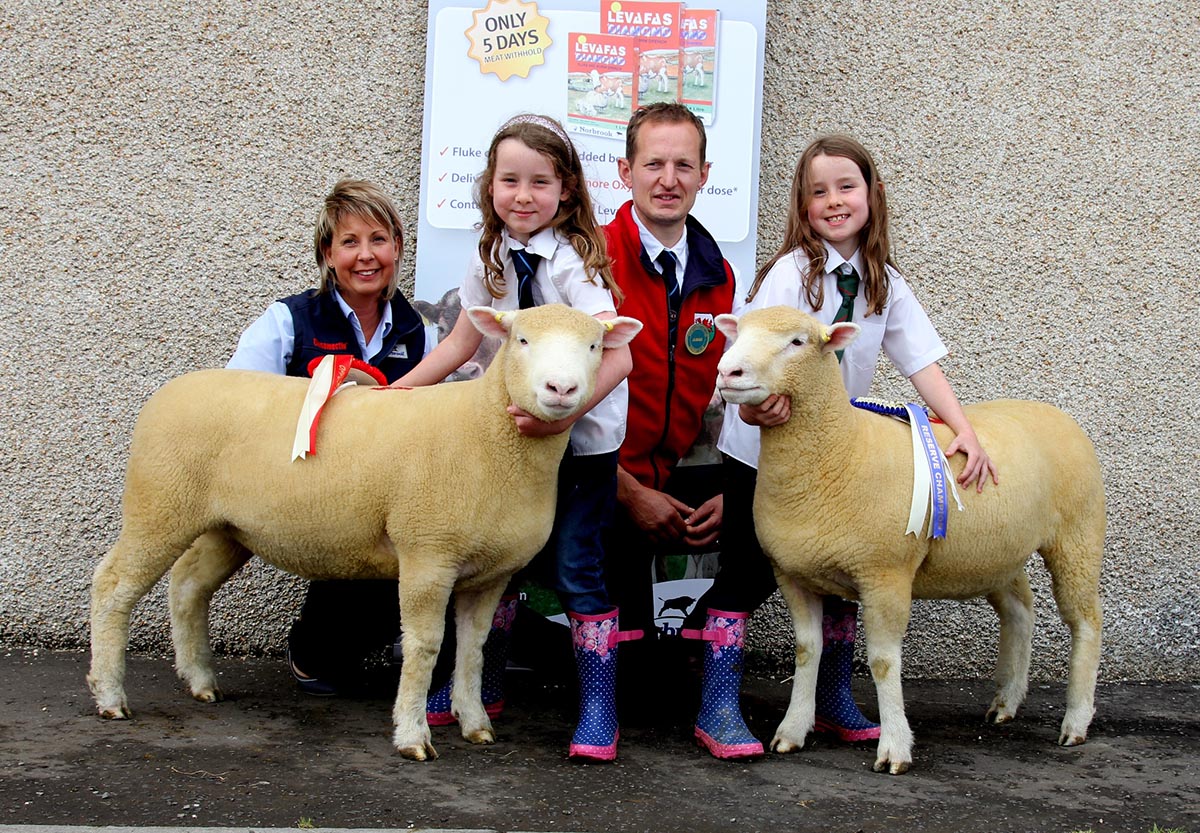 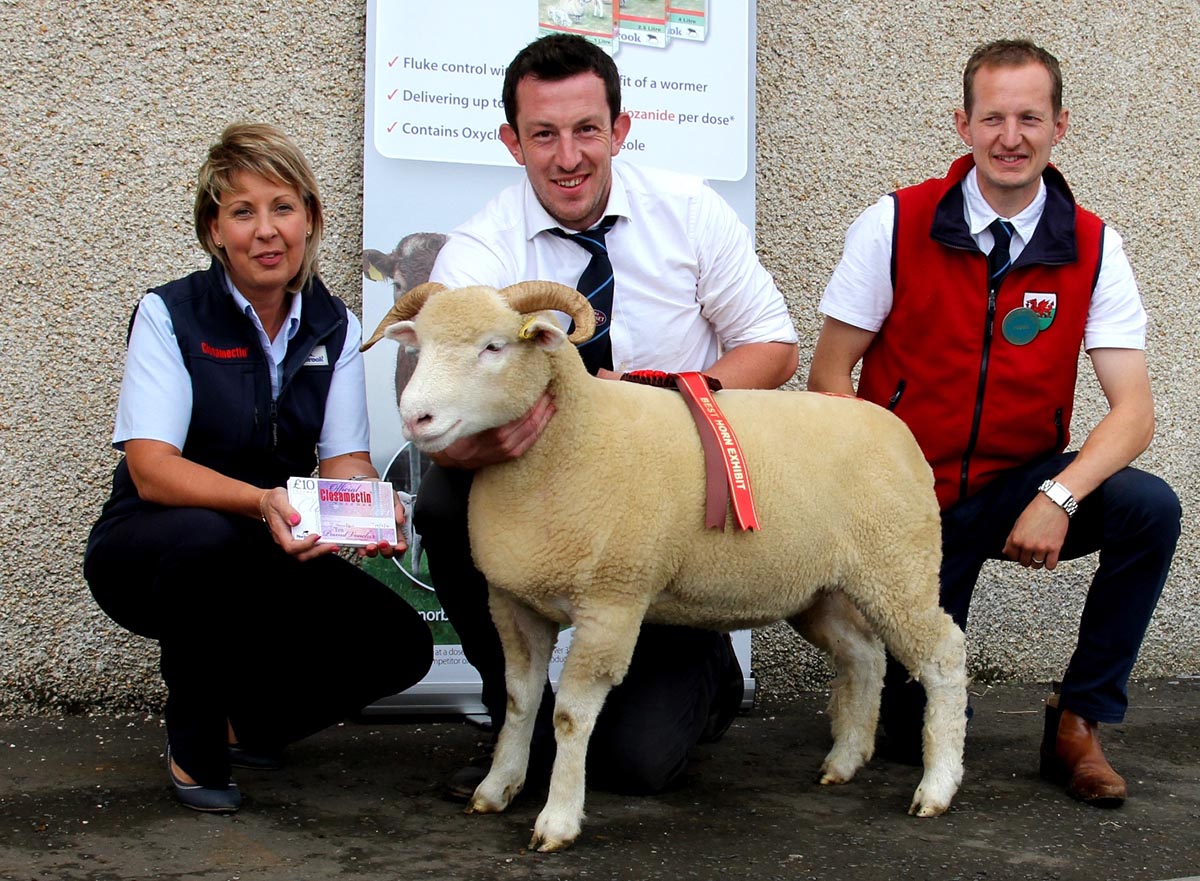 The champion horned exhibit from the Richhill flock of Ben Lamb was the first prize horned ewe lamb who was sold for 280gns to I.Magee, Larne. Shearling ewes sold to a top of 280 gns for a lot entered by T&S Knox and sold to B & V Campbell, Magherafelt. Whilst aged ewes sold to 260gns for an entrant of C & M Patton to G.Farrell, Omagh. 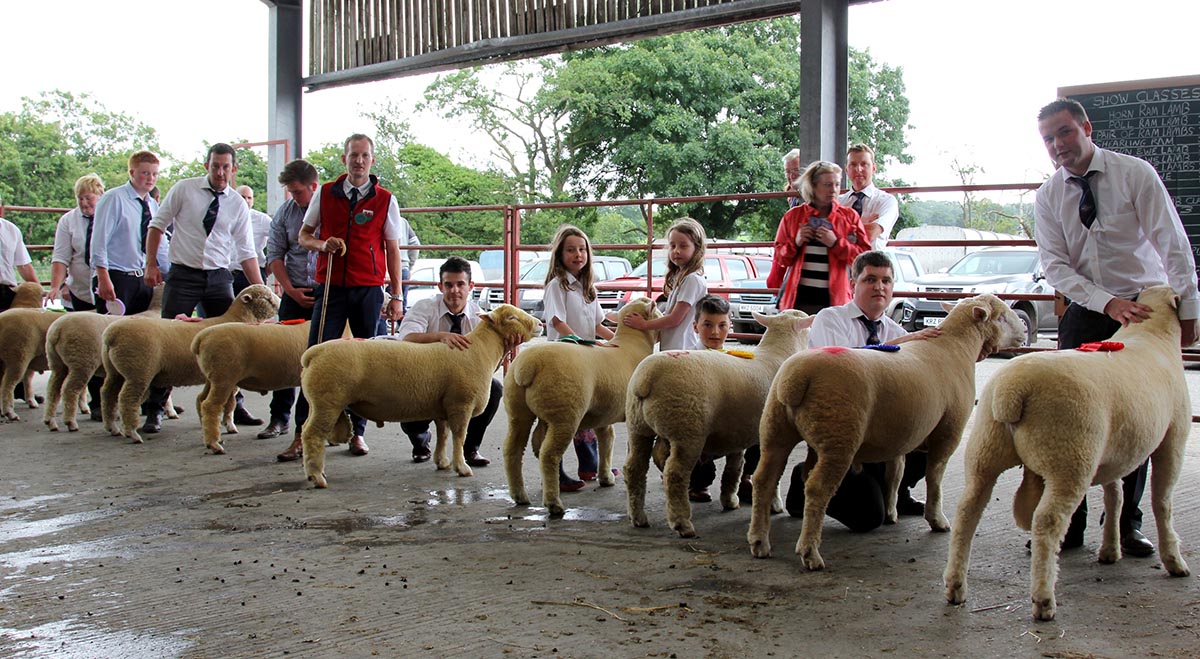 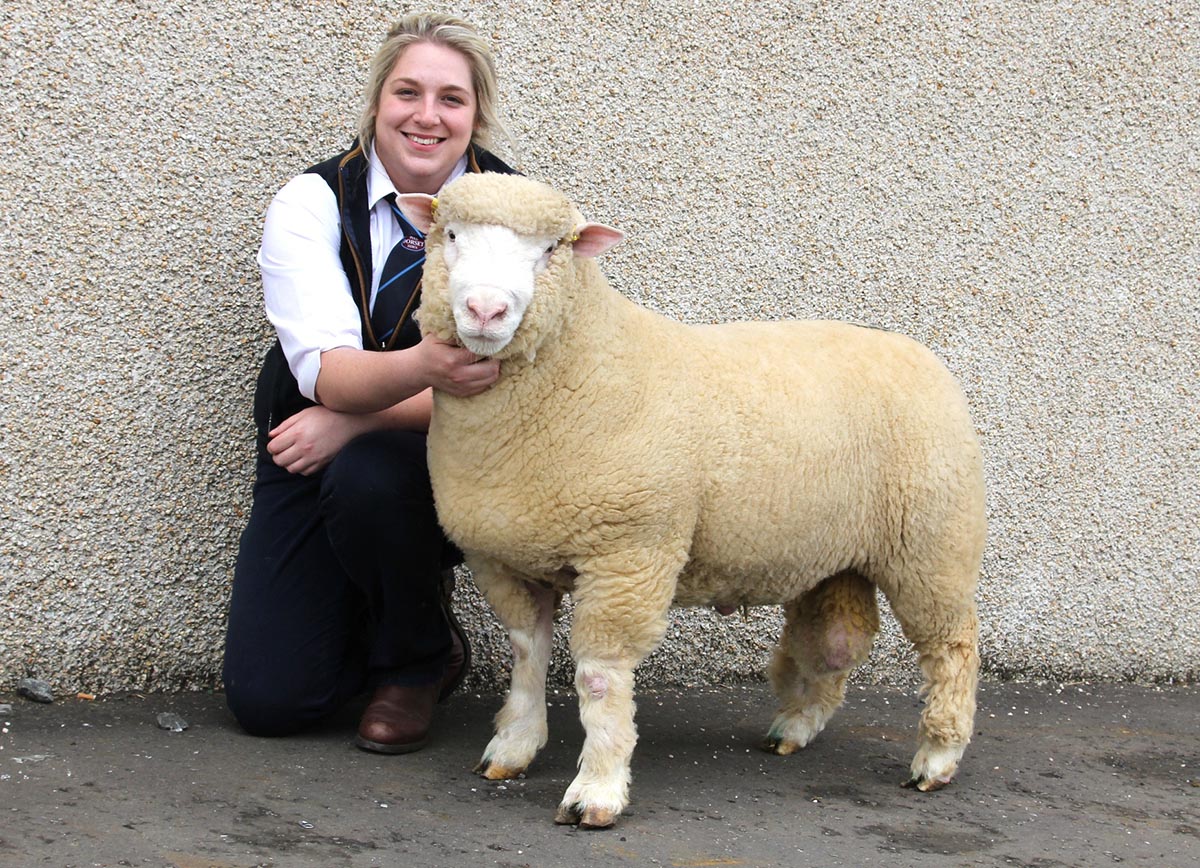 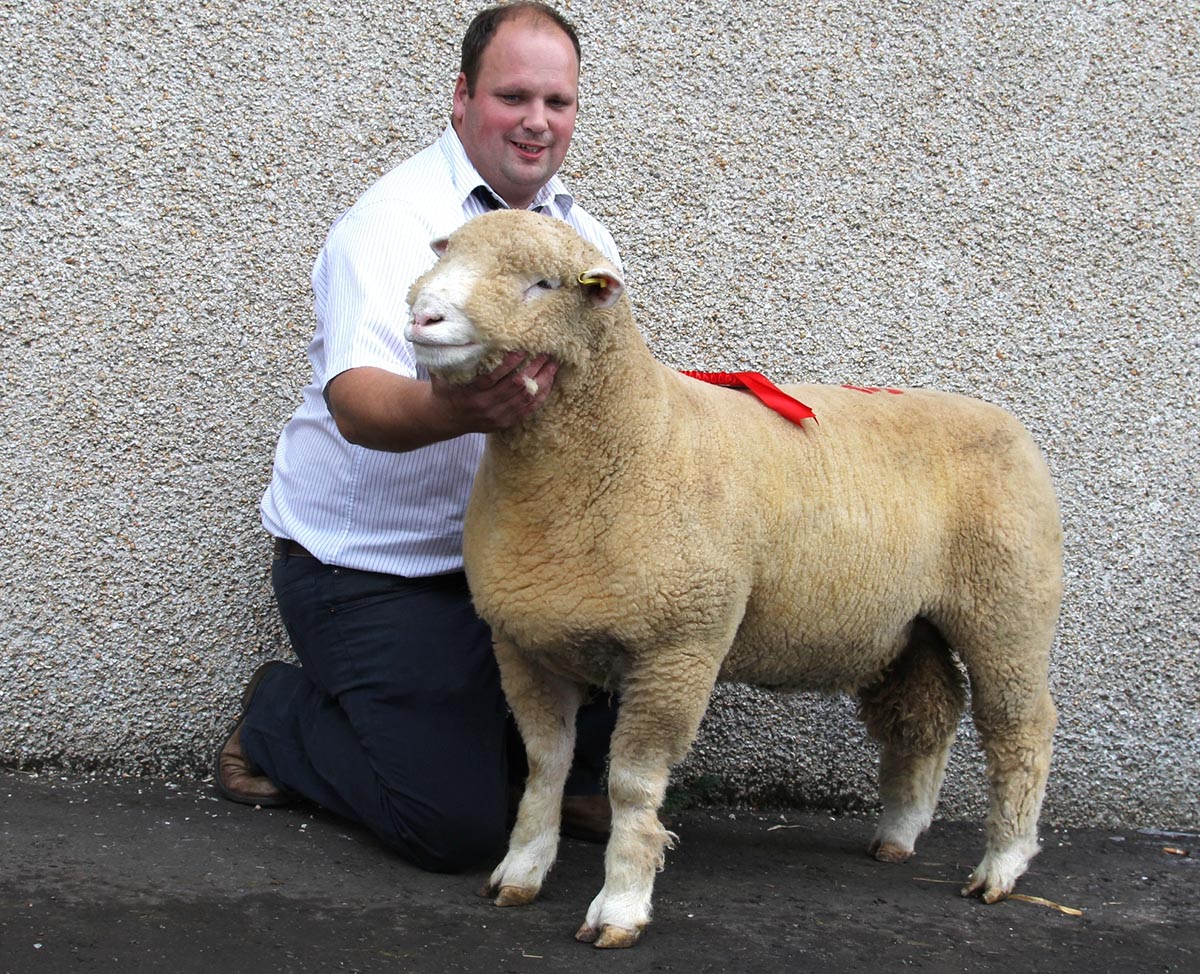 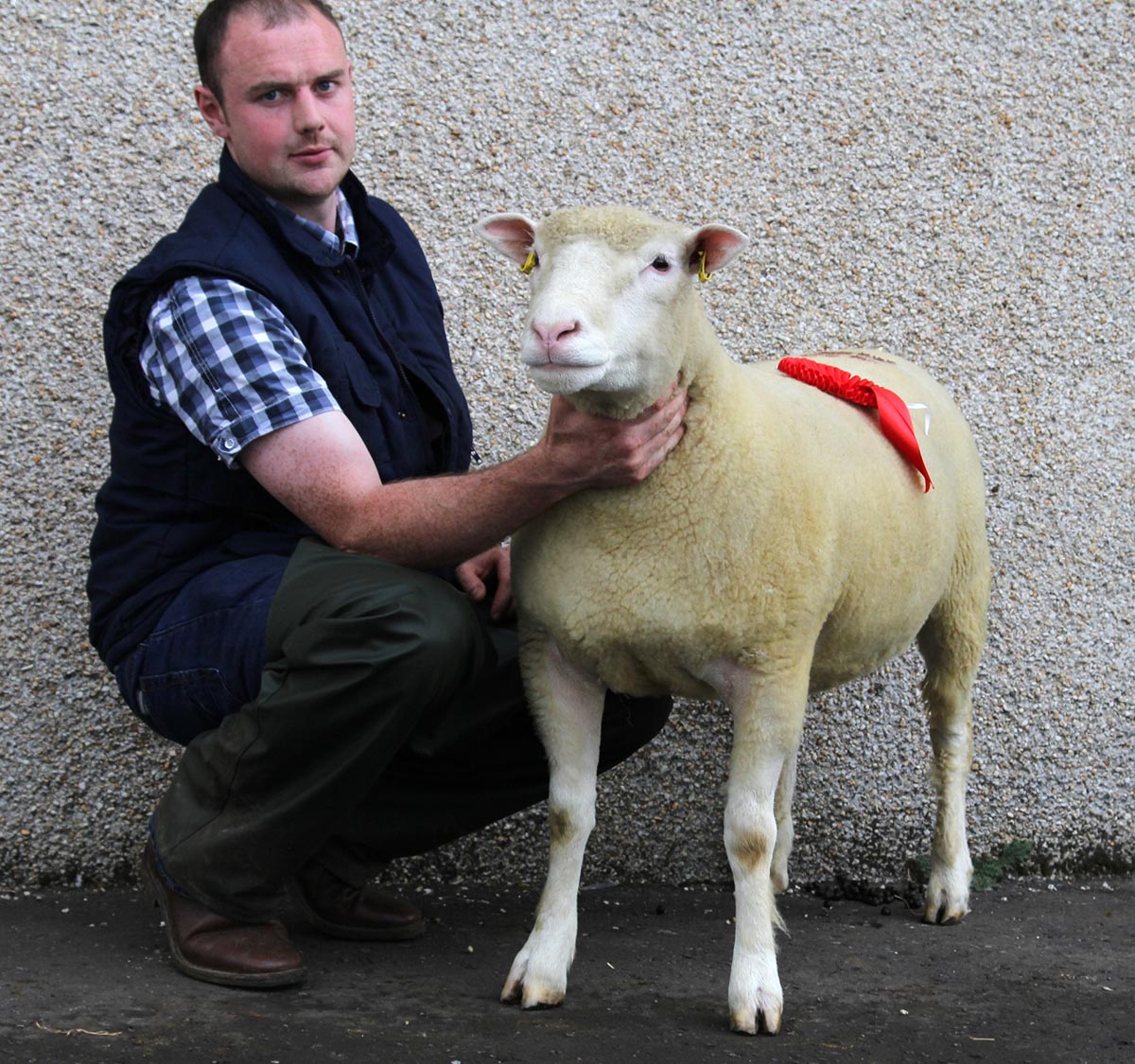 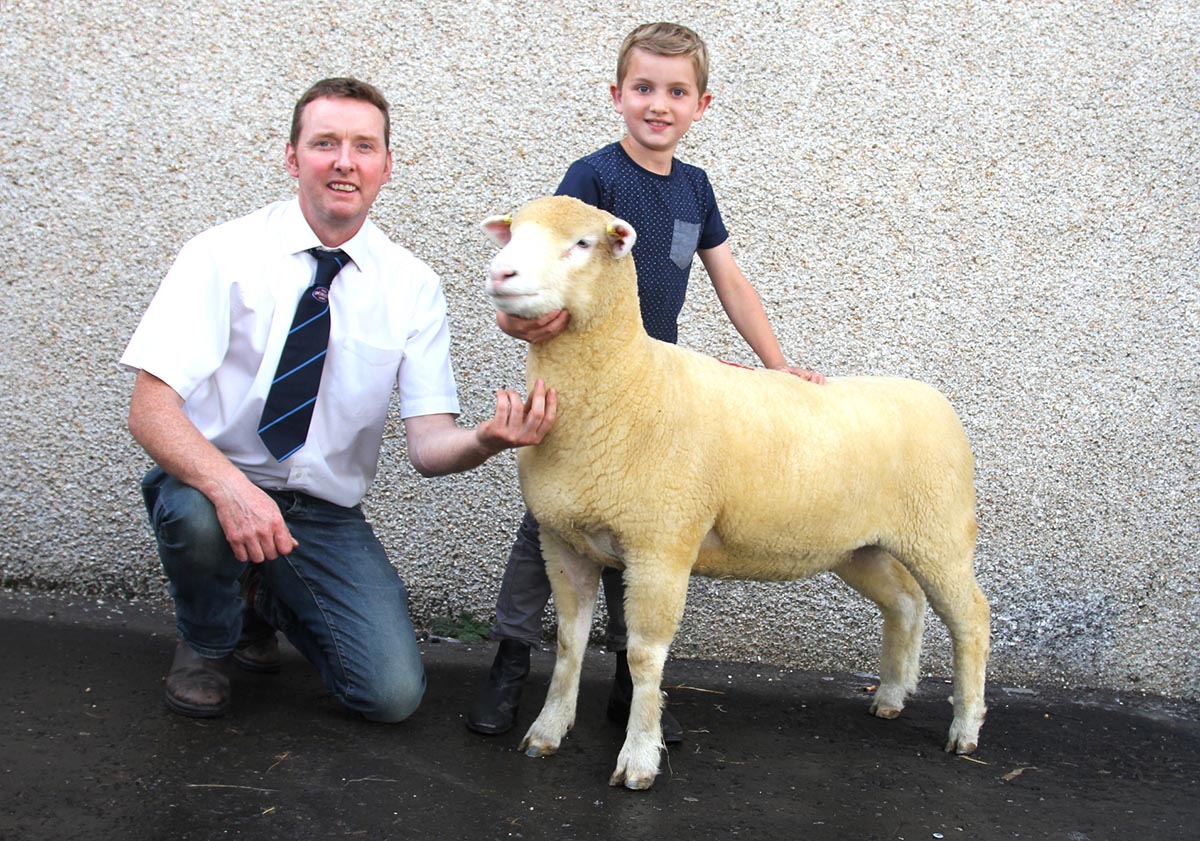 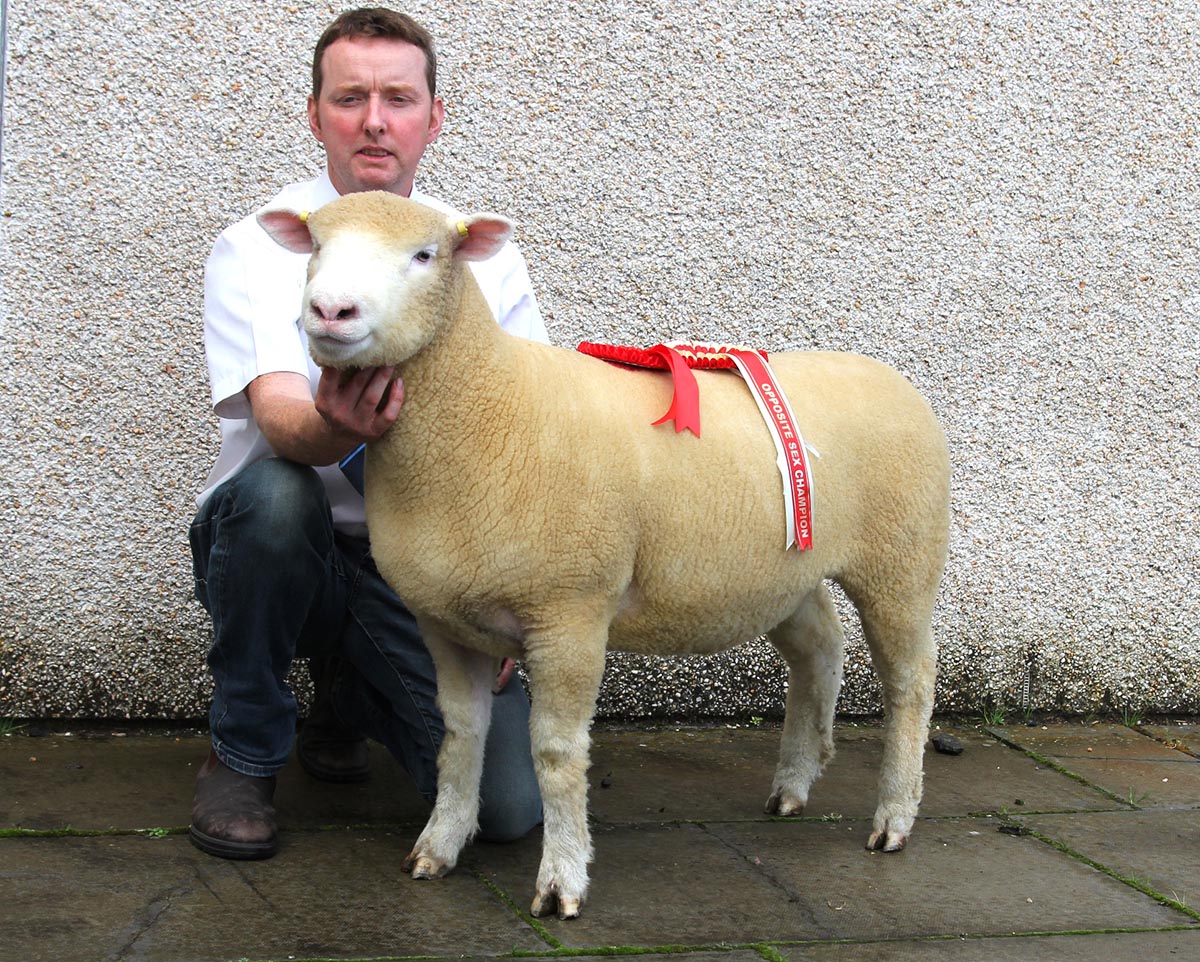