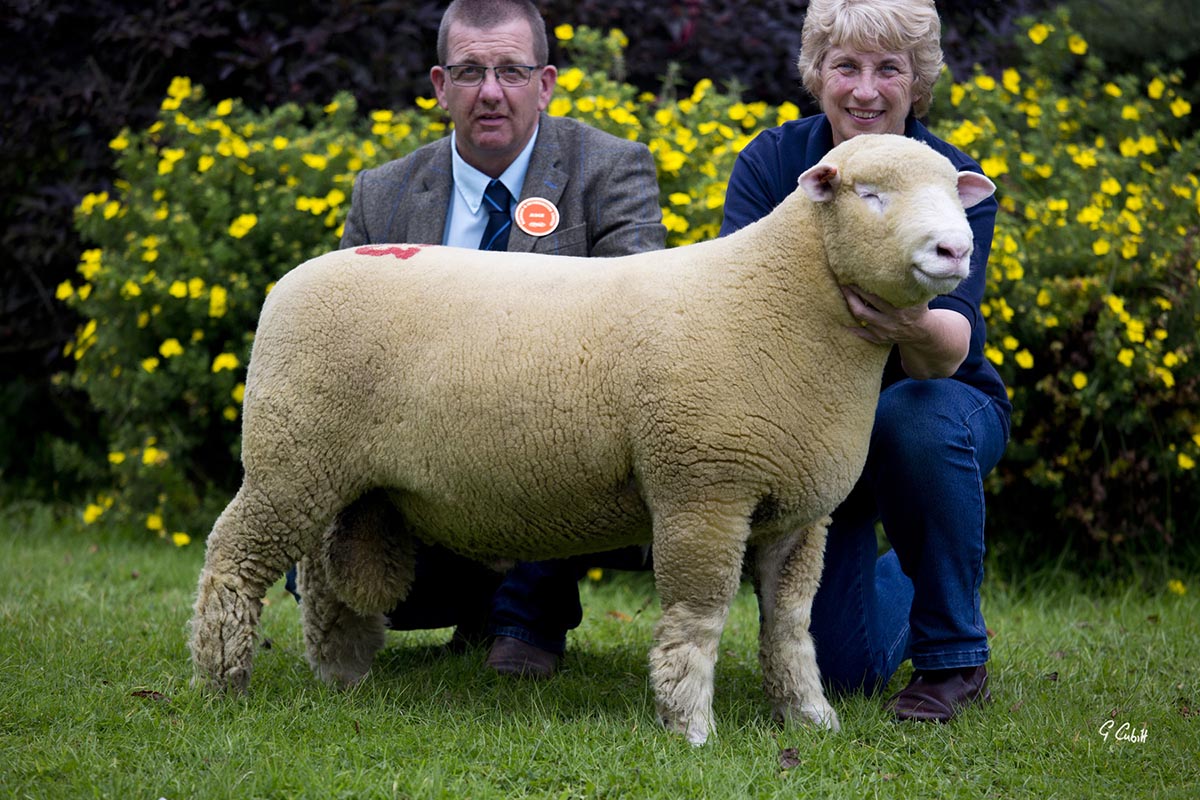 Topping the annual Dorset Society annual show and sale held at Carlisle was a ram lamb from Graham Cubitt’s Kildowney flock, sired by Richhill Wyatt and out of homebred ewe.

This lamb won male champion and reserve overall champion at the pre-sale show and went on to be purchased for 1900gns by Shane Wilson from Ballyclare, Co. Antrim.

A tremendous quality show of Dorset sheep were forward to the annual event at Carlisle and created great interest with new buyers attending the sale.

The highest priced shearling ram came from David Lewis’s Pembroke flock, Pembroke Xclusive who had won 2nd prize in the shearling ram class at the pre-sale show was sired by Ballytaggart Upstart and out of a homebred ewe. He was purchased over the phone for 750gns by Amanda Sparks from Miskin. 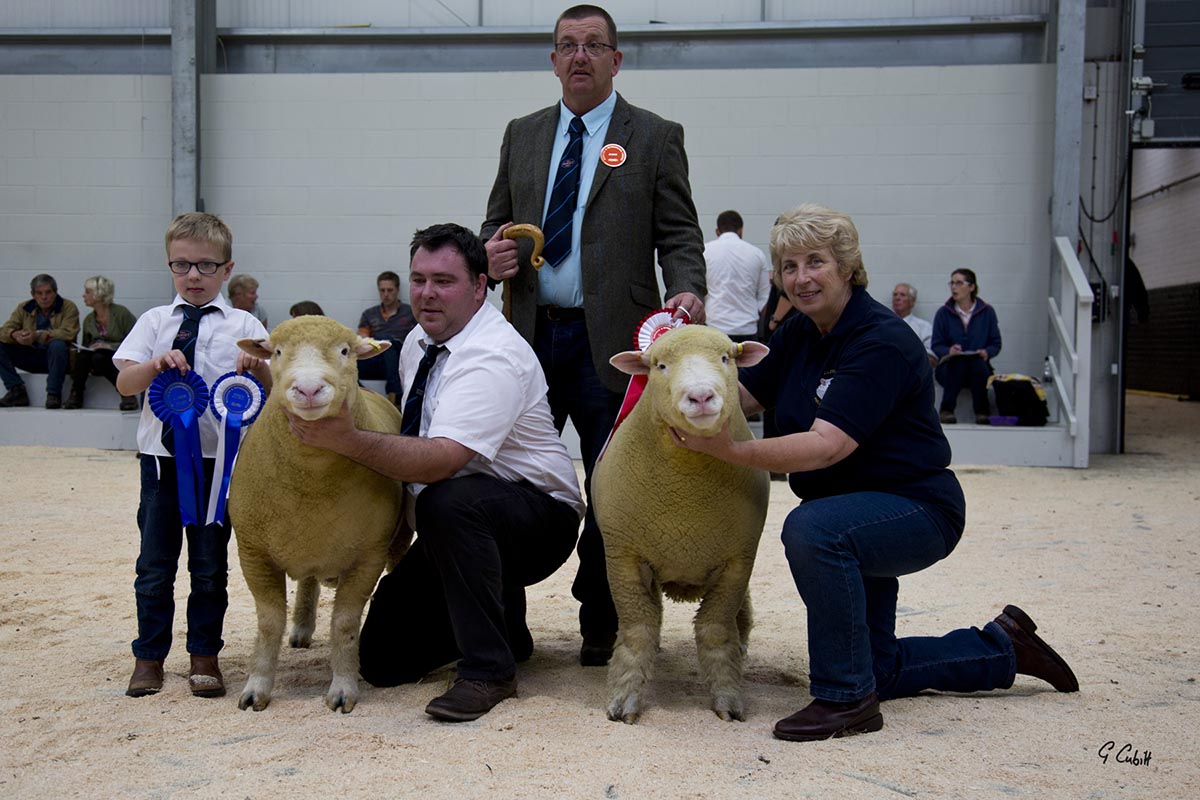 Following this at 620gns was the 2nd prize ram lamb and reserve male champion from Thomas Wright’s Ballytaggart flock. This Ballytaggart Willie Wonder son was successfully purchased by Messrs Waller from Carnforth.

This was a ewe lamb from William & Karen Carson’s Ballymena based Downkillybegs flock, sired by Downkillybegs Pilot she was heading back to Northern Ireland with G Hanna from Newtownards. 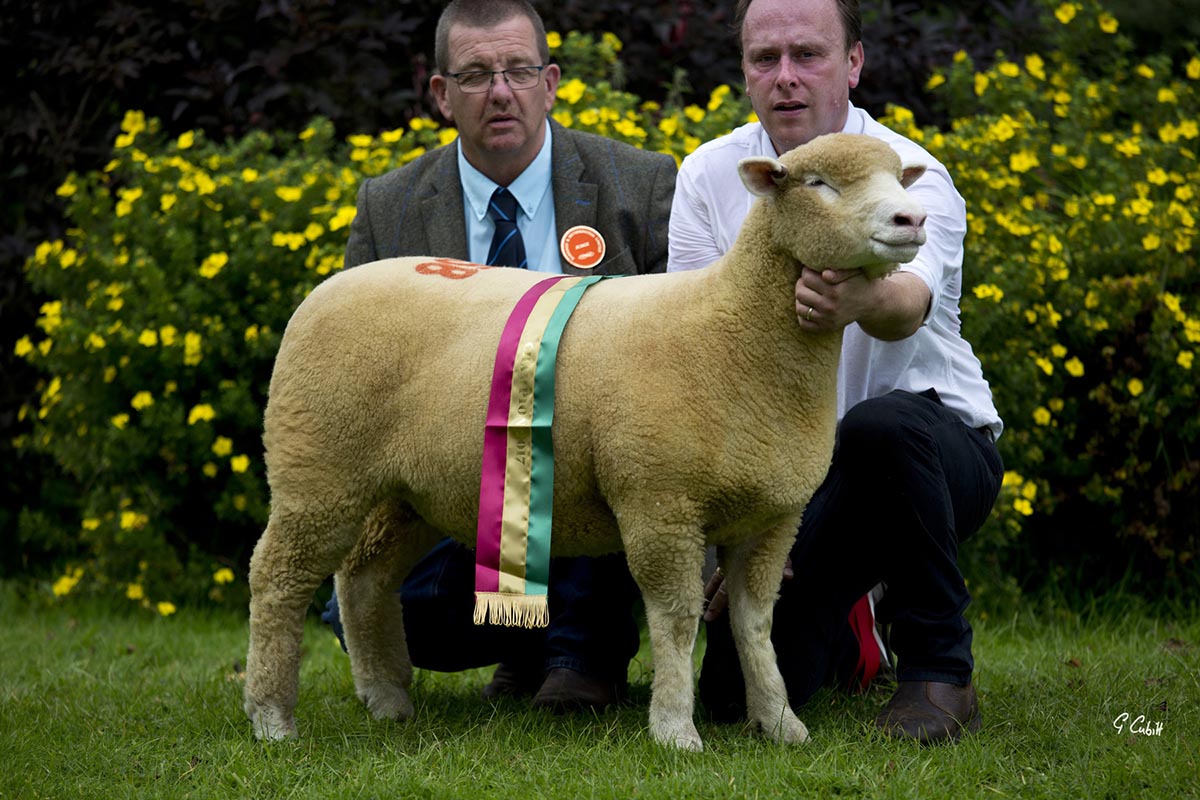 William Carson, and Judge, Geraint Jones with the Supreme Champion 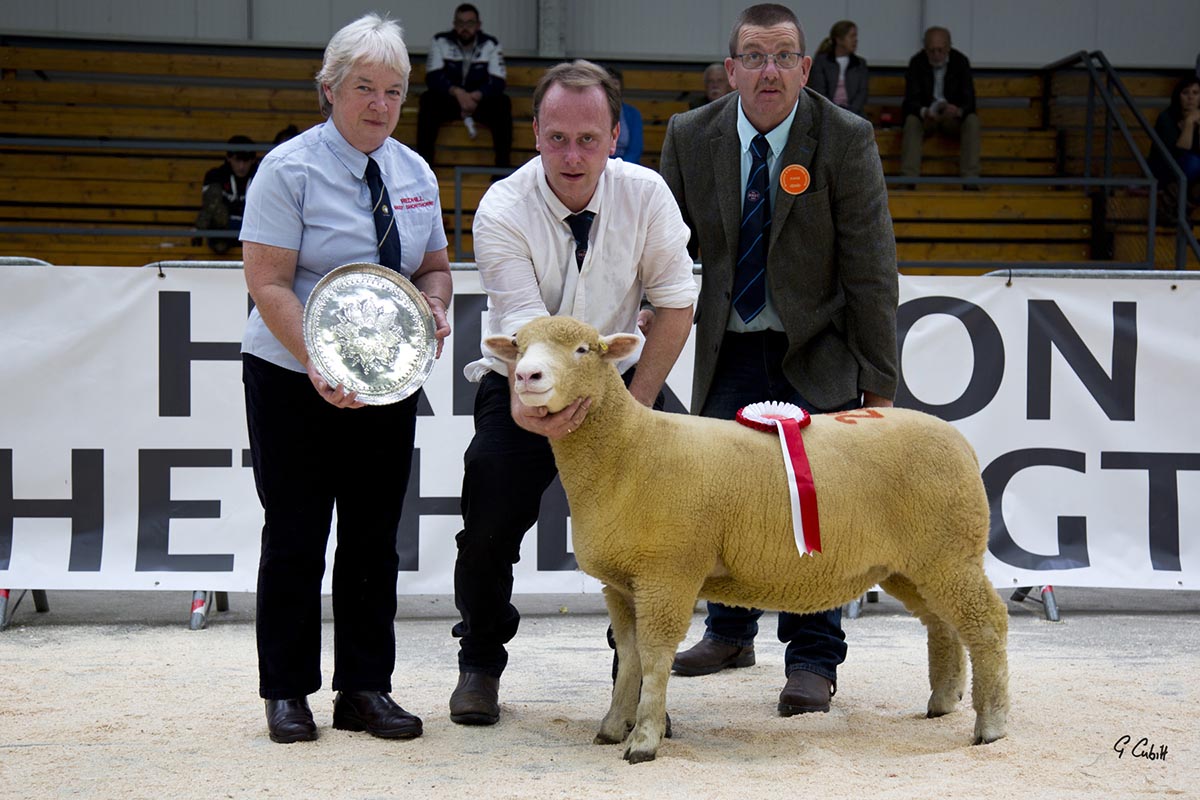 Two females sold for 650gns the first of these was the 1st prize winning shearling gimmer from David Lewis. Sired by Ballytaggart Upstart this gimmer was purchased by Messrs Walker from Newton Stewart.

The other to sell at 650gns was the reserve female champion a ewe lamb from Graham Cubitt. Sired by Richhill Wyatt this September born lamb has been running with Downkillybegs Watson. She was also purchased by G Hanna.

The sale included the dispersal sale of Brenda Wear’s Redhill flock which topped at 300gns for an aged ewe by a New Zealand bred High Plains ram. The dam of this ewe was purchased by Brenda as an in lamb gimmer at this sale in 2012. The successful bidder on this occasion was T Weston from Chesterfield.