Leading the pack at 1600gns was the Male and Overall Champion Ballytaggart Denver from Thomas Wright’s Co Antrim based flock. This lamb was sired by Oliver Tree Archie A381 and out of a homebred dam by Downkillybegs Jethro. Denver was purchased by G & M Trading from Leyburn, North Yorkshire. 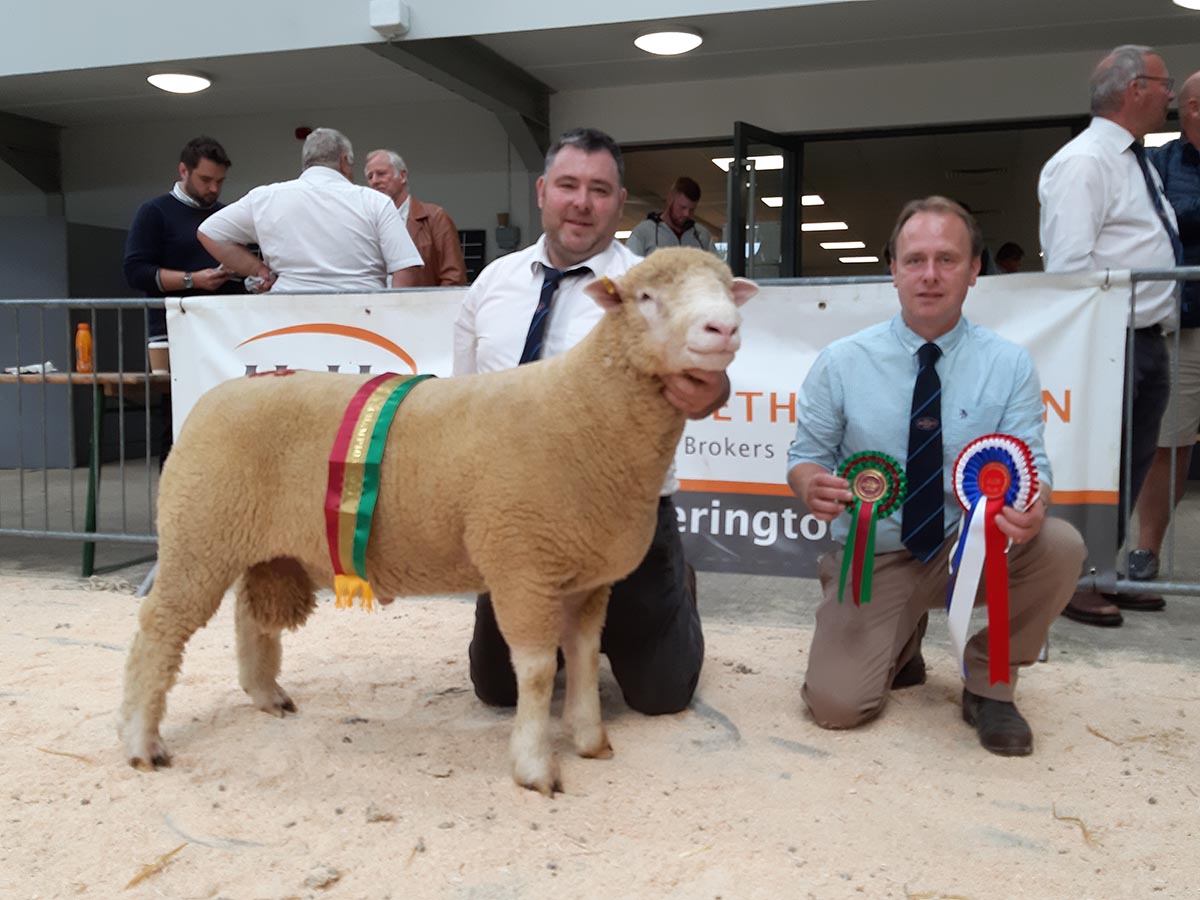 Also at 1600gns was Huish Delta from R & D Rossiter. This ram lamb sired by Sherborne Benchmark and out of a homebred dam was purchased by Messrs Rankine from Lochgelly, Fife.

Messrs Rossiter took the Reserve Male Championship with their other ram lamb Huish Duke and he went on to sell for 1200gns. The successful purchaser of this Sherborne Benchmark son was Messrs Gray from Ikley, West Yorkshire.

Best of the shearling rams was Emily Wright’s Poorton Caeser who won Breed Champion at Devon County Show this year. He won 4th prize in his class in the pre-sale show then went on to sell for 650gns to Messrs Booth from Flintshire.

Females sold to a top of 1100gns for Huish C18330 who was purchased via the online bidding facility by Messrs Rankin from the Isle of Skye. This shearling gimmer consigned by Messrs Rossiter was sired by Huish Excalibur and had been scanned in lamb to Sherborne Benchmark.

Messrs Rossiter sold 4 of the top 5 prices in the females, their next best was Huish C18093 who sold for 900gns. This gimmer was sired by South Ham Zambesi and purchased by Messrs Nelmes from Dorchester. A daughter of Ballytaggart Zac, Huish C18546, sold for 700gns also purchased by Messrs Rankin from the Isle of Skye.

Also at 700gns was Sam Driver’s gimmer Sandy Lane C6206, she was sired by Sandy Lane Avicii who won champion at GYS 2018 and out of a homebred dam. This gimmer was purchased by Messrs Larder from Winscome.