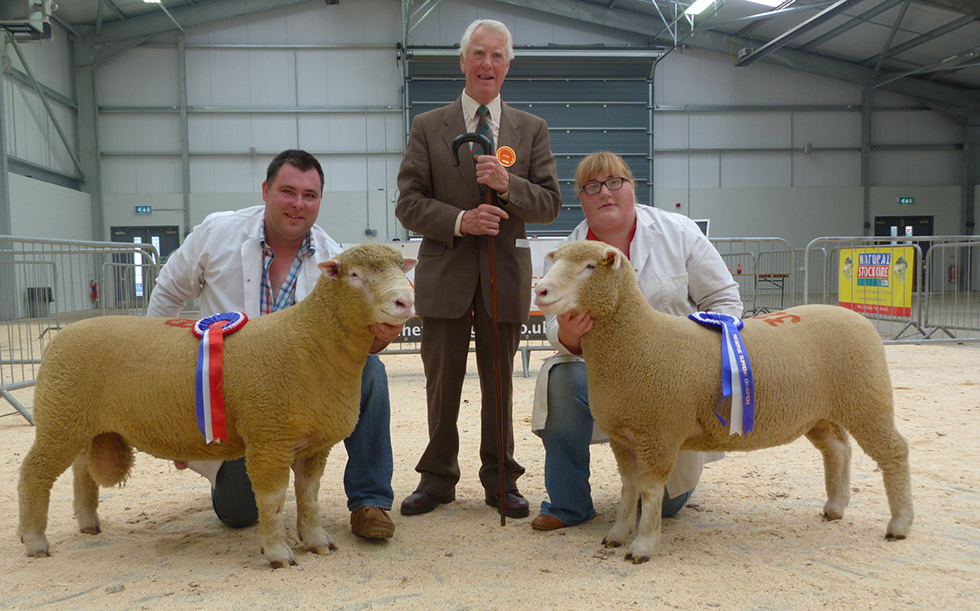 It was their first lamb from their pen that sold for the top price of 750gns.  A homebred September 2012 born lamb sired by Olivertree Nik Nak and bred from a Trevilley Jumbuck daughter.  This stylish lady won the female champion and reserve supreme champion ticket at the pre-sale judging.  She caught the eye of Gorgie City Farm of Edinburgh. 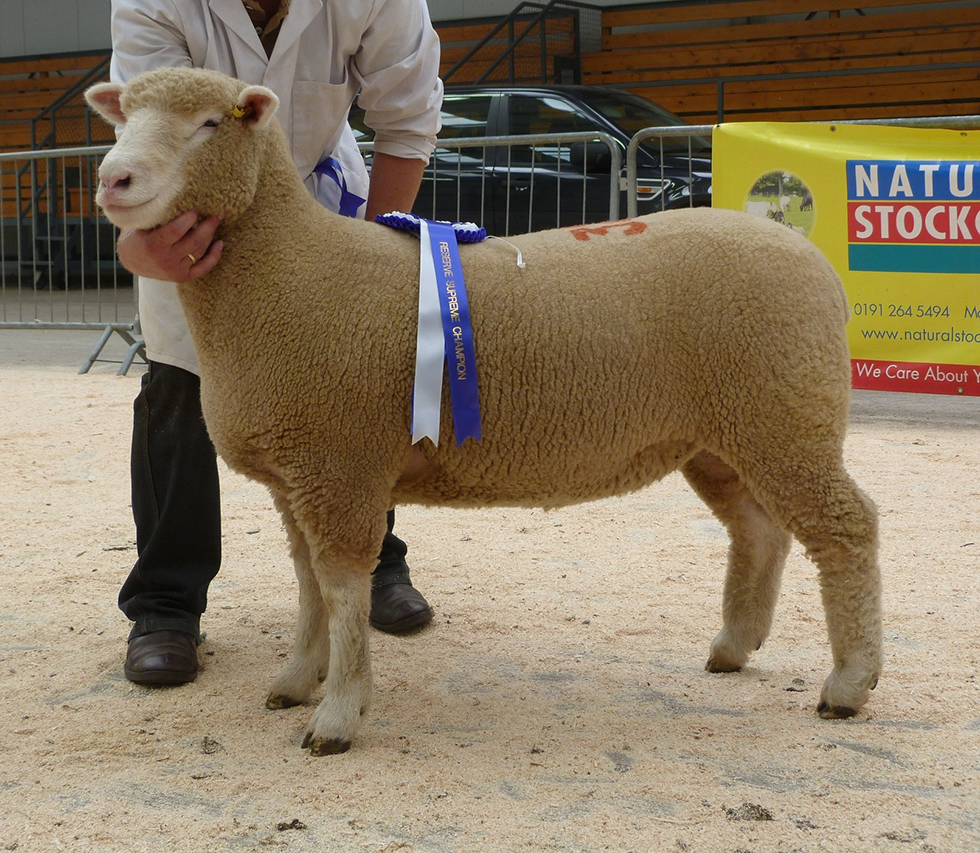 Her pen mate who collected the reserve female championship ticket sold for 420gns.  She was a full twin sister to the female champion and was sold to M Hodgson of Seascale, Cumbria.

Heading up the ram classes was a lamb consigned by Ben lamb of Co.Armagh, N.Ireland.  The homebred entry, Richhill Tequilla, a son of Downkillybegs Pegasus and from a Downkillybegs mother was sold to Smallburn Farms Ltd from Elgin.

A pair of lamb rams from the Huish flock of David Rossiter from Devon, both sold for 450gns each.  The first lamb was a son of the High Plains 46-09 ram and bred from a daughter of Downkillybegs Humdinger and was knocked down to JE & SM Gray of Goit Stock Farm of Ilkley, W.Yorkshire.  The second 450gn lamb from the Huish pen was sired by Bennachie Nimrod and goes back to Huish Joop on his mother line and now travels across the water to Northern Ireland from G Robson of Co.Antrim.