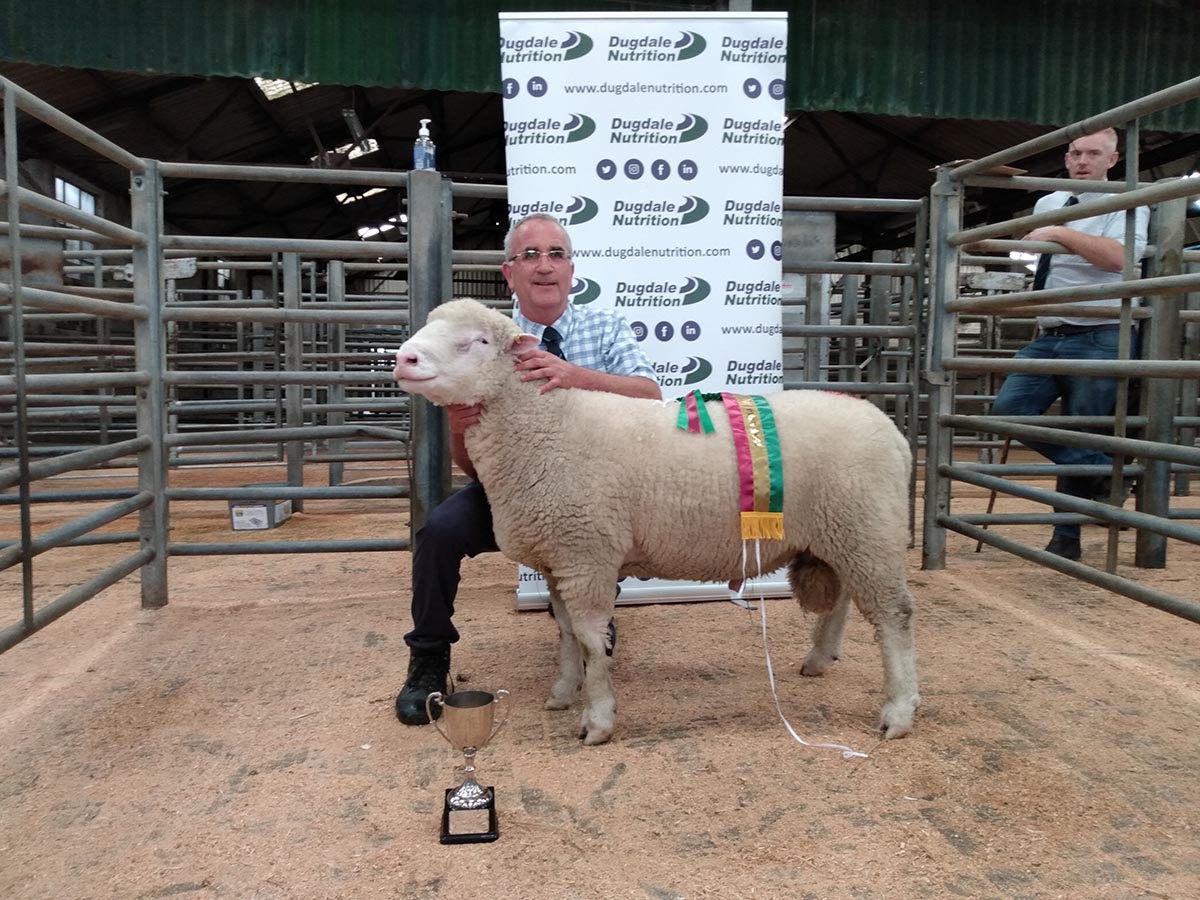 Saturday 7th August saw the Northern Dorset Breeders Club hold its annual show and sale at Gisburn Auction Mart, Lancashire. The job of judging the pre-sale show was in the capable hands of club member, Miss Jess Odgers from the Quarrydale Flock. Her overall champion and leading the day’s trade at 650gns, was Paddock Leach Challenger, from Stuart Alderson. Challenger had been used as a stock ram and was sired by Sherborne Armoured Farmer, and out of a homebred ewe, Paddock Leach Annie. He sold to G. Bean. Reserve male champion and first prize ram lamb was awarded to Richard Fitton’s, Dynamite D2359. He was sired by Donard X-man, a successful stock ram over in NI. Lot 33 Paddock Leach Digby, sired by Paddock Leach Brigadiers Brother out of a Bamburgh ewe saw the top price for a ram lamb at 380 gns.

Despite the strong trade in the sheep sector at present, female trade was sticky, following an eased store and prime lamb price earlier in the day. Two gimmers from Sam Driver, Sandy Lane Flock, made the joint top female price of 300gns. The first, lot 6, a poll shearling gimmer sired by Sandy Lane Arctic Monkey carrying a single lamb to Sandy Lane Billy the Kid. The second, lot 7, a horn shearling gimmer sired by Sandy Lane T Bone carrying a single lamb to Poorton Discovery. The 1st prize gimmer and Female Champion, lot 4, from the same home failed to meet its reserve. The reserve female champion and 1st prize ewe lamb came from Christina Johnson’s Bamburgh flock, sired by Huish Zaki, and out of a homebred Sherborne Warfare daughter, she sold to Helen Driver for 220gns. Top priced ewe lamb at 280gns was lot 23 from Richard Fitton's Dynamite flock, she was sired by Richill Xuberant out of a Polgreen ewe.

After the cancelled show of last year it was a great way to catch up with friends both old and new. Vendors produced quality, well presented stock for the show and sale. Despite ongoing alterations to the pens all at Gisburn Auction Mart, especially Ann Farady, helped the day run smoothly. Although trade was sticky at times Auctioneer Jack Pickup did a sterling job as can be seen by the marked increase in average prices over our 2020 sale. The club would like to extend its thanks to our judge, Jess Odgers, our sponsors, Gisburn Auction Mart, Carrs Billington and Dugdale Nutrition. It was a pleasure to see several new vendors doing well in both the show and sale. Membership continues to grow as do sale numbers which bodes well for the future and our 2022 show and sale.