Outstanding quality was presented at the annual Dorset Horn and Poll Dorset May Fair in Exeter on Wednesday (8 May), with the top animal selling to 3,400gns.

The ram entry, which was slightly back on last year, saw a number of exceptional quality pedigree sheep go through the ring, with averages up £25 a head on last year, to £770.42.

As the first major pedigree sheep sale of the year, the May Fair attracts vendors and buyers from across the UK to compete, exhibit, sell and buy the best stock on offer. “It is a testament to how the breed has developed that there are vendors in attendance from all across the UK,” said Graham Cubitt, chairman of the Dorset Horn and Poll Dorset Society.

One factor noted by a number of exhibitors was the exceptionally high standard of entries this year. The show, which took place on Tuesday (7 May) saw rams and individual females compete in individual and group competitions with the hope of scooping the supreme championship prize. 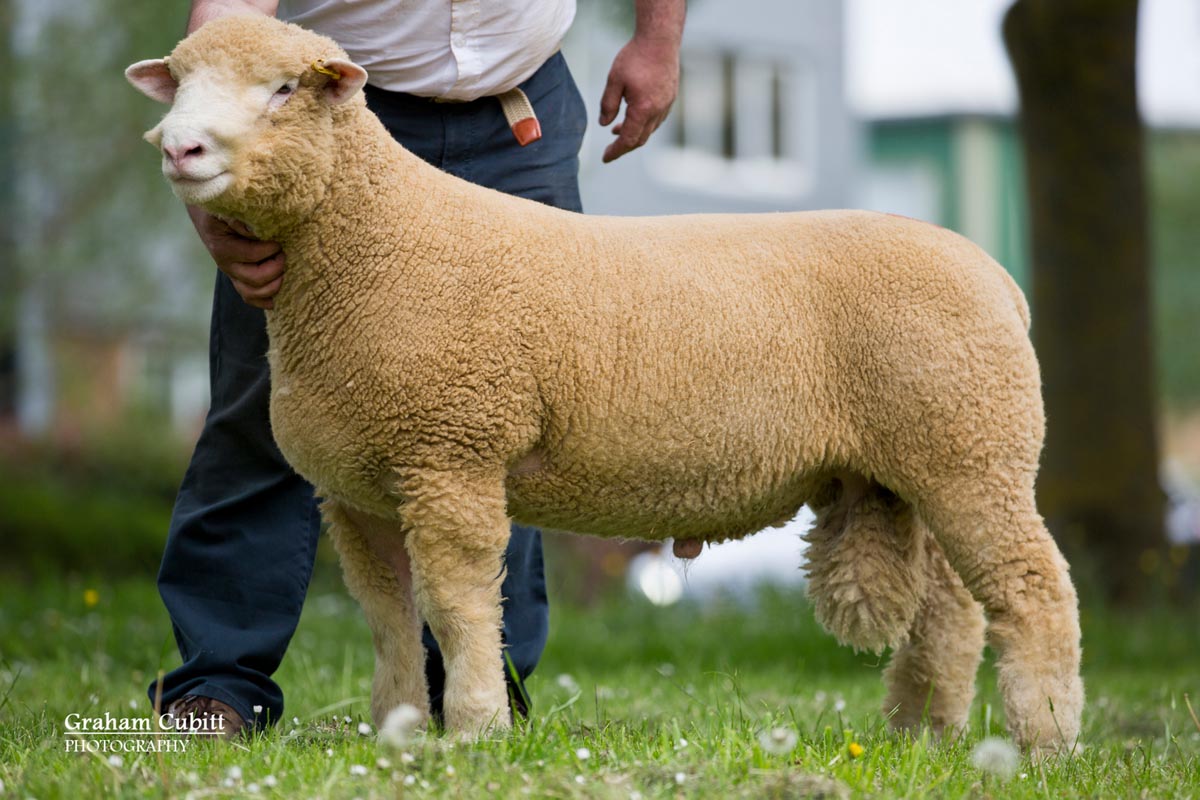 Sired by Bannside Xavi X53 and out of Ballytaggart U803, the ram’s feet are what made him stand out as the clear winner amidst a highly competitive championship class of sheep.

“It was a difficult decision and it could have gone to any of the top three, but the feet are terribly important to me and it goes back to that,” said Judge Les French. “The feet were the thing that swung the decision.”

Boss Hogg continued his success into the sale ring, where competitive bidding saw him take the best price at Wednesday’s sale, selling to Devon based J Rice for 3,400gns. This was closely followed by David Rossiter’s Huish Bentley B16084 which sold to A & G Sturgess in Shaftsbury for 3,200gns. Three other sheep broke the 2,000gns mark, while a further 20 made over 1,000gns. 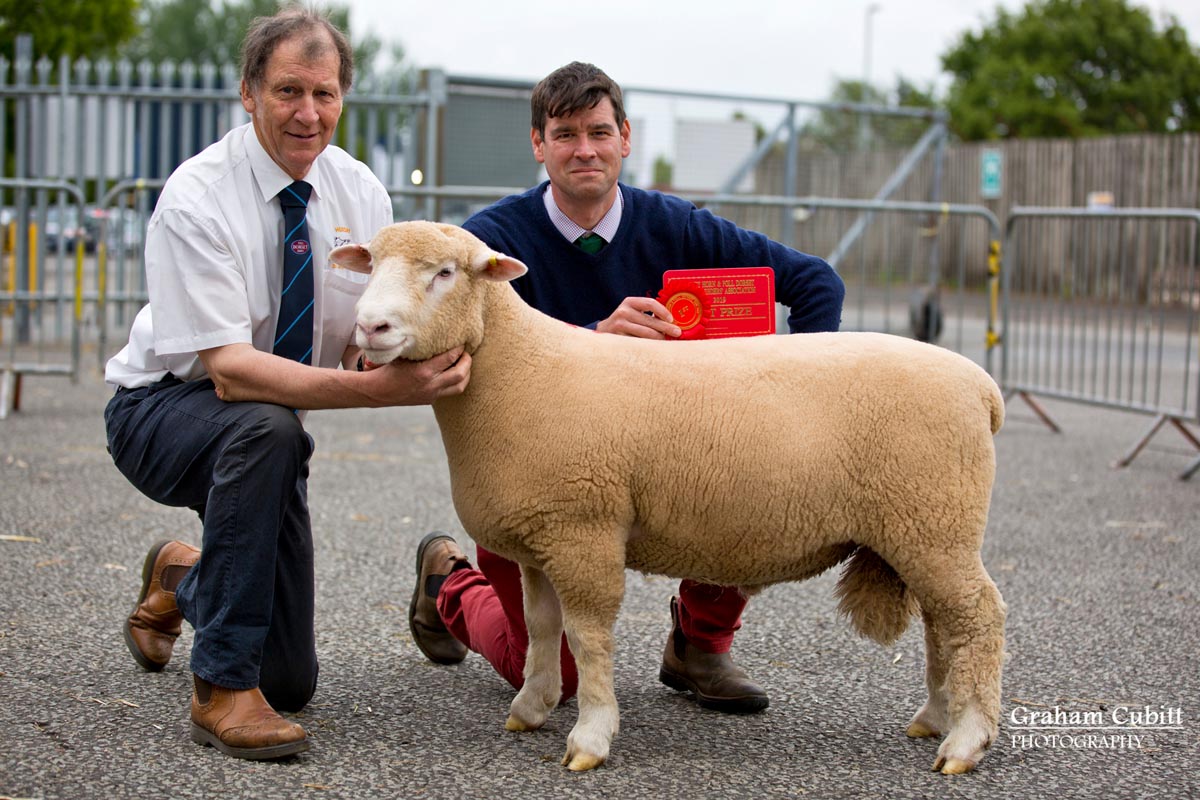 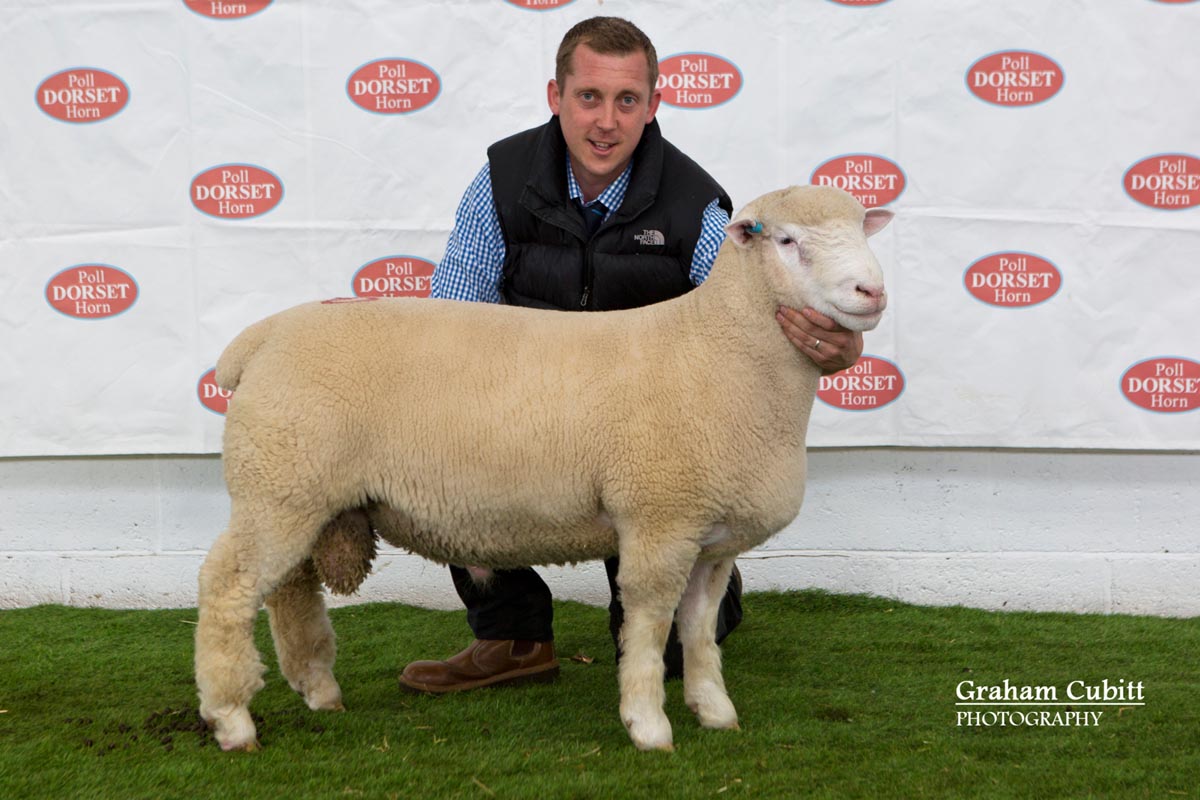 Mr Wright, whose Ballytarggart flock is situated at Ballymoney, County Antrim, Northern Ireland, was thrilled by his success. Selling around 30 rams a year, this was his fourth supreme championship prize at the May Fair, having last won two years ago. Mr Wright has focused his emphasis on correctness in feet and mouth, which really paid off for him. “I have had a brilliant time and am just thrilled.

Reserve champion went to Francis Fooks’ shearling poll ram Poorton A373, sired by Poorton U153 and out of Pooton T782. Continuing the success in the sale, the ram made 2,300gns, selling to M Jones in Bridgend. 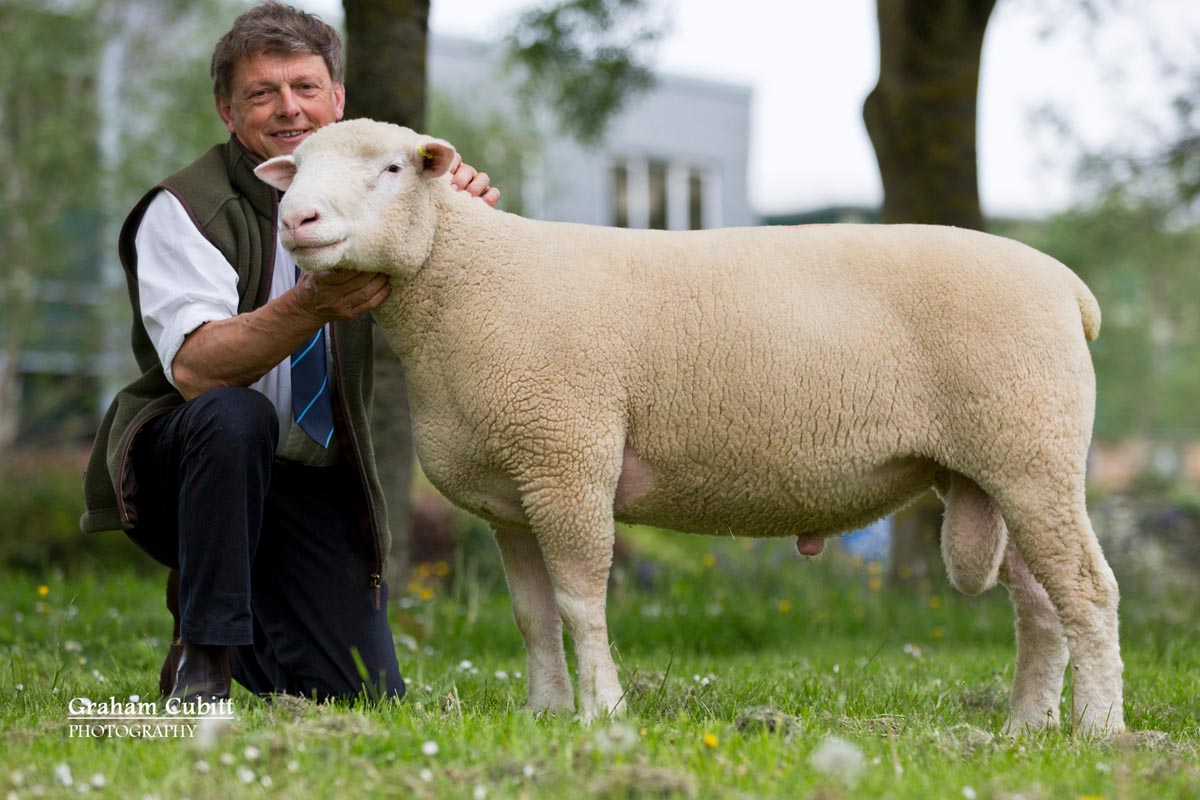 The best single horned ram went to J H Kemball & Son with Staverton Arnie A2167, handled by Tim Pratt, which made 2,200gns in the sale ring and went to R Fitton of Bolton. Mr Pratt had further success, winning the class for best Signet ewe lamb or shearling ewe with his own Deben Britney B597.

Mr Cubitt noted that the breed was seeing a not insignificant resurgence in the horned sheep. “It’s encouraging to see the protection and promotion of the horned sheep”. 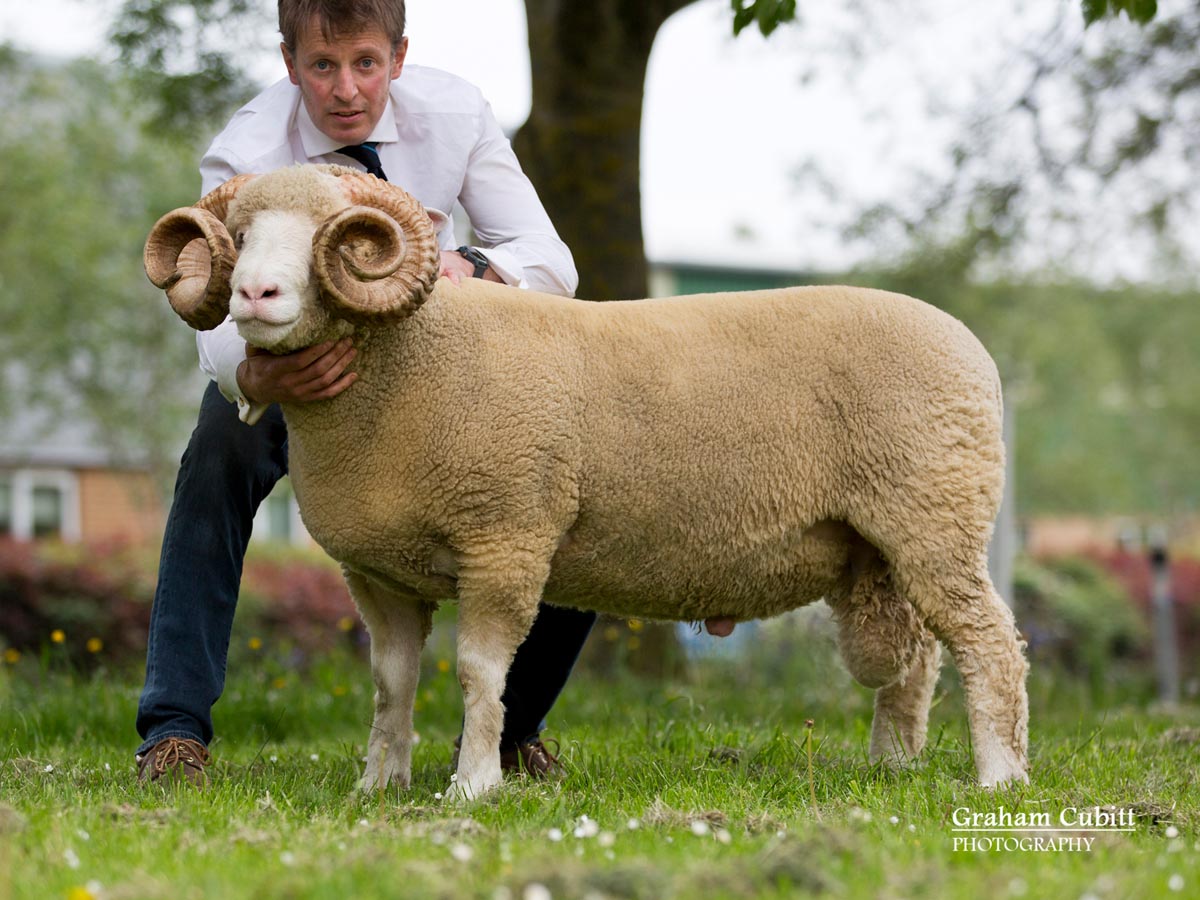 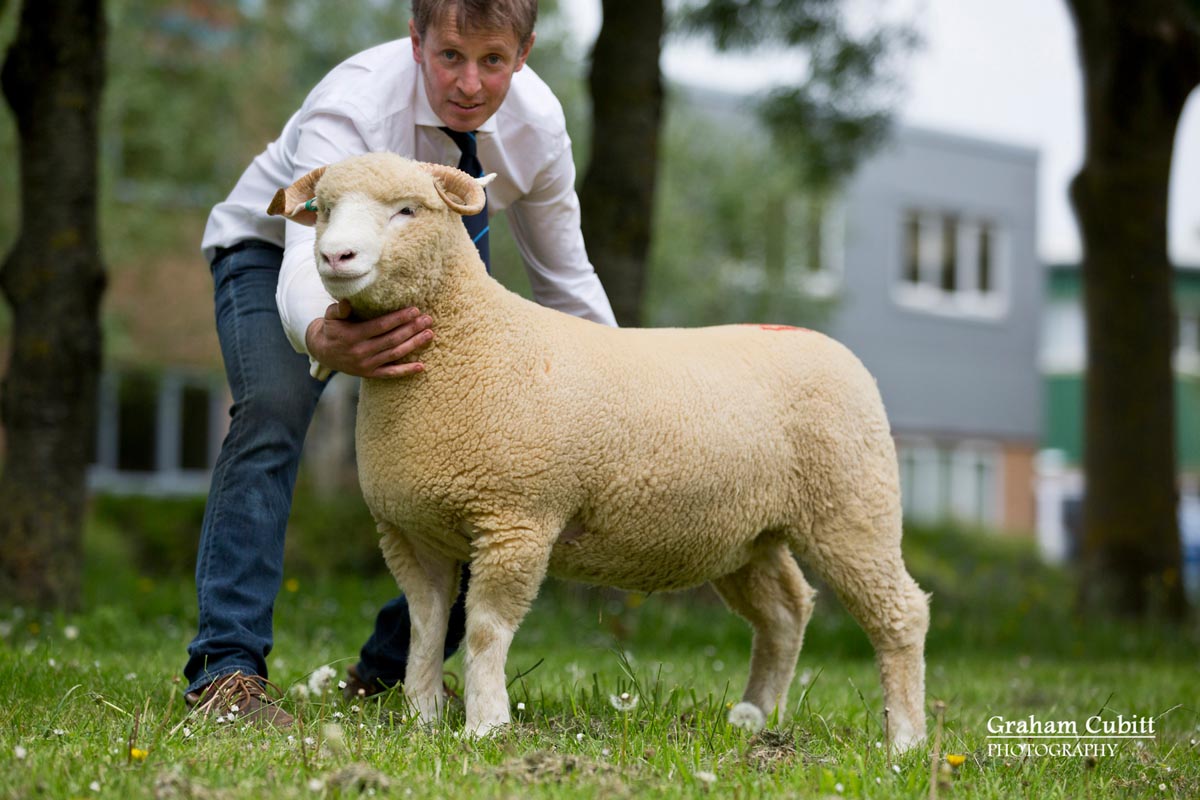 Another notable success was for David Rossiter, from Kingsbridge, Devon, who scooped the prize for the best pen of five or more rams. “It was a very good start to the Fair,” he noted. 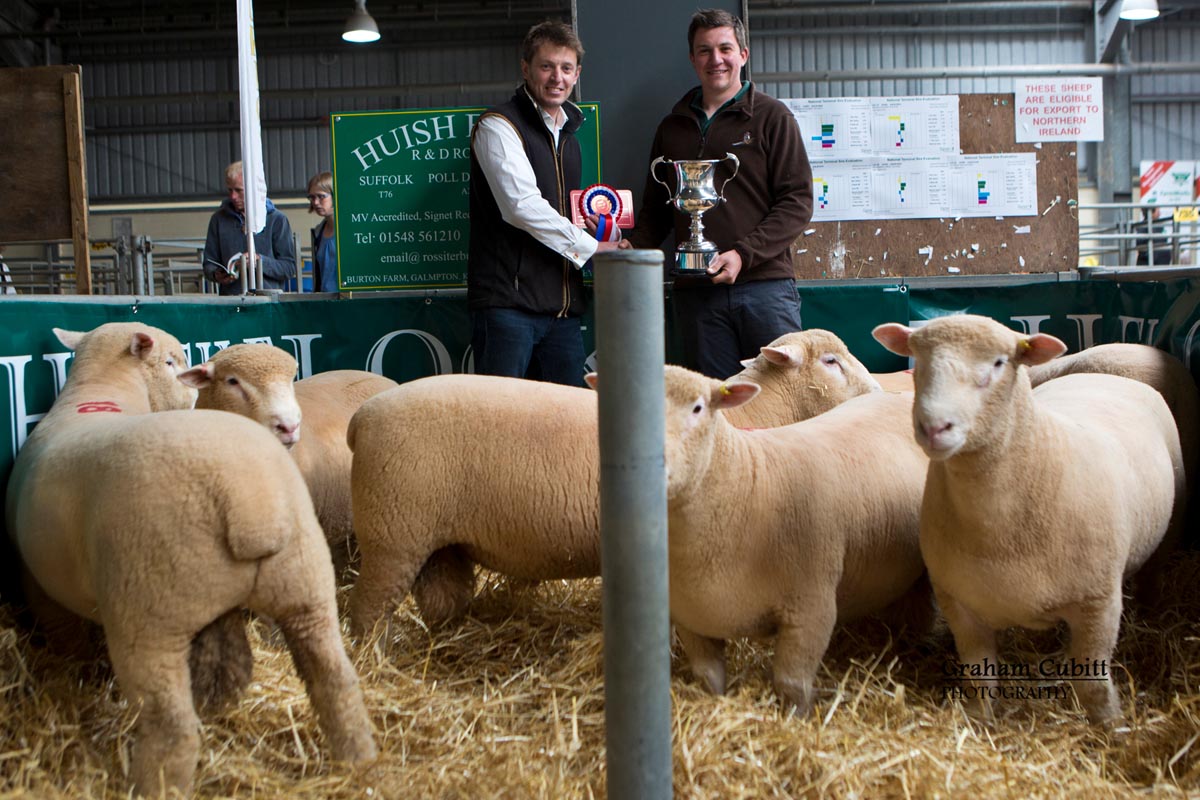 With 1,000 head of females through the pens, in the registered MV section Francis Fooks’ champion pen of hoggets commanded the top price of £340 a head, selling to Tom Slater in Haverfordwest. S and D Cole took the top price for non MVA registered females for two pens of nine, selling for £180 a head. The best unregistered topped at £182 each for Ivor Prouse’s pen of 10 breeding ewe lambs. 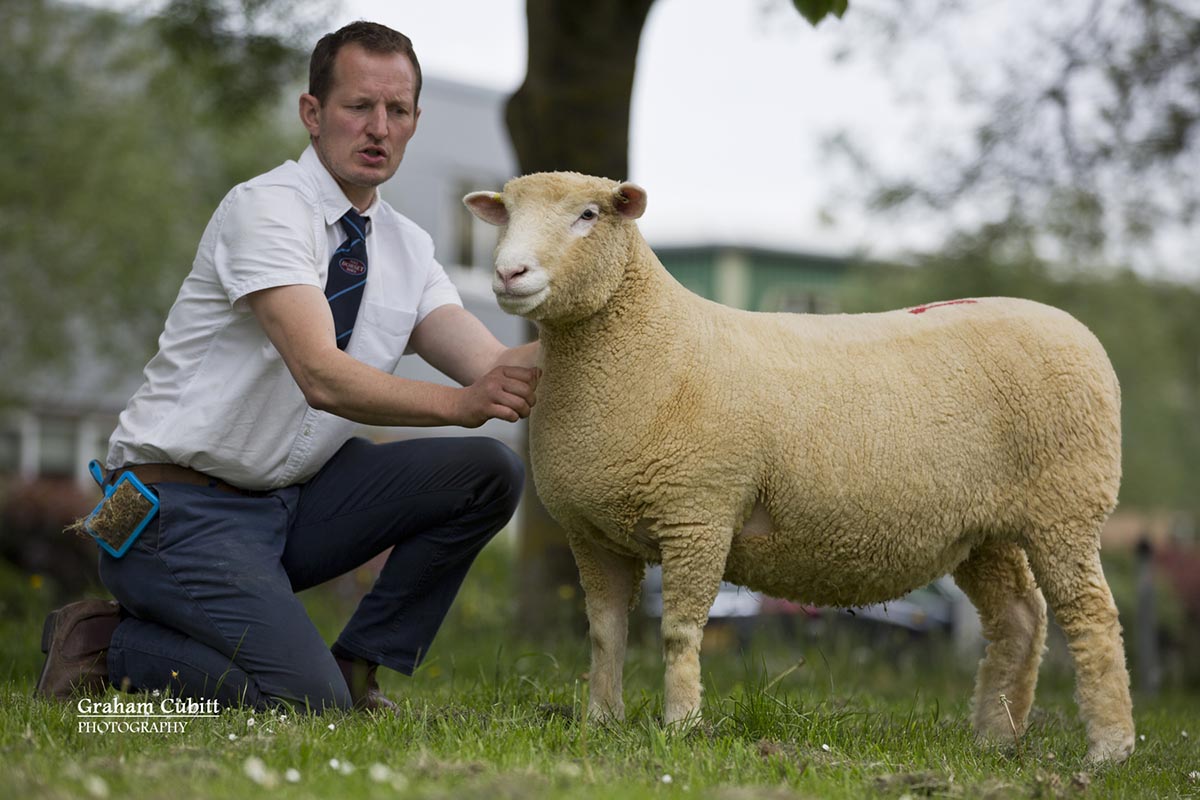 David Lewis with the Champion Female, Pembroke Athens, A110 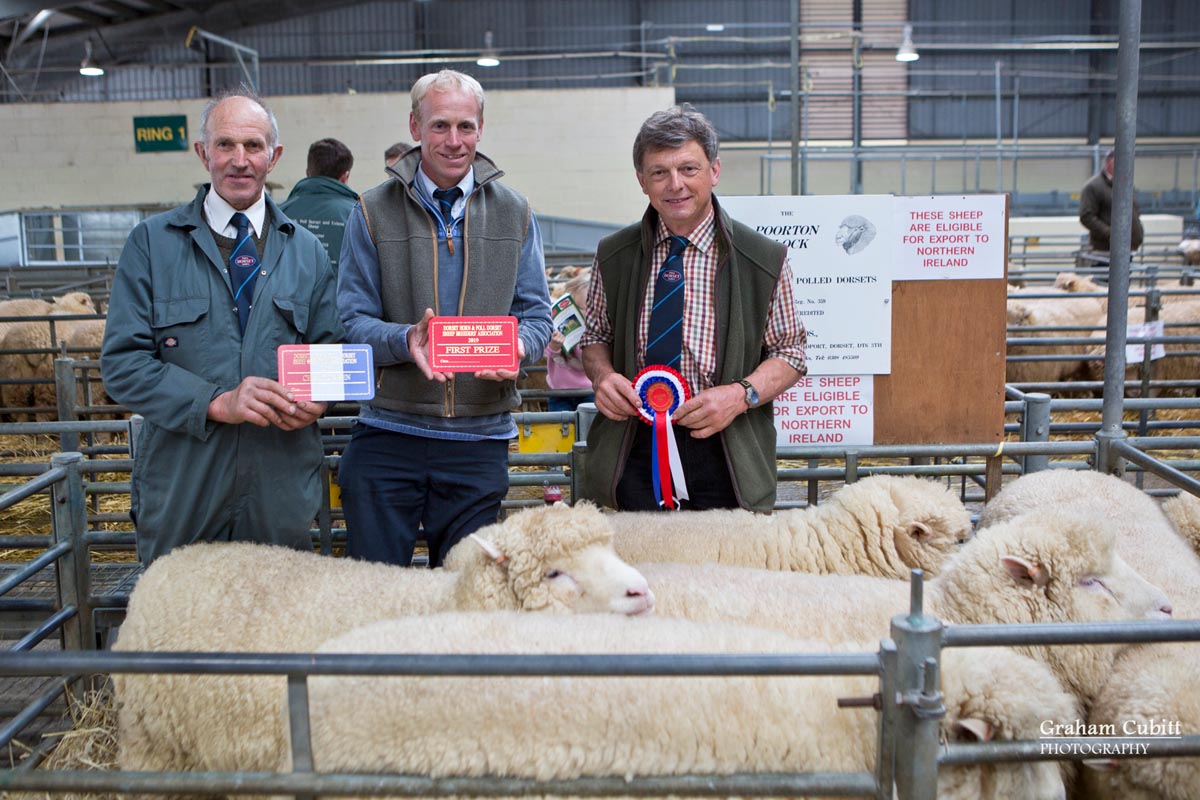 According to Russell Steer, auctioneer at Kivells, who presided over the penned sales, there were less sheep for sale but the trade sold straight for both buyer and seller. “The top pens of commercial shearlings fetched £160-£180, while other decent types took £140-£150. There were about the right number of females for the demand.”

The best animals sold well and made a good price, with a steady trade throughout the day, with a good range of pedigree and commercial buyers, commented Mr Cubitt.

“Once again, the quality of sheep on offer is a strong indicator that things are healthy across the sheep sector,” he added. “One great thing about the breed competitions is that it is strong and fierce, but there’s a great social side as well. It’s a stressful few days but everyone enjoys being social together.”