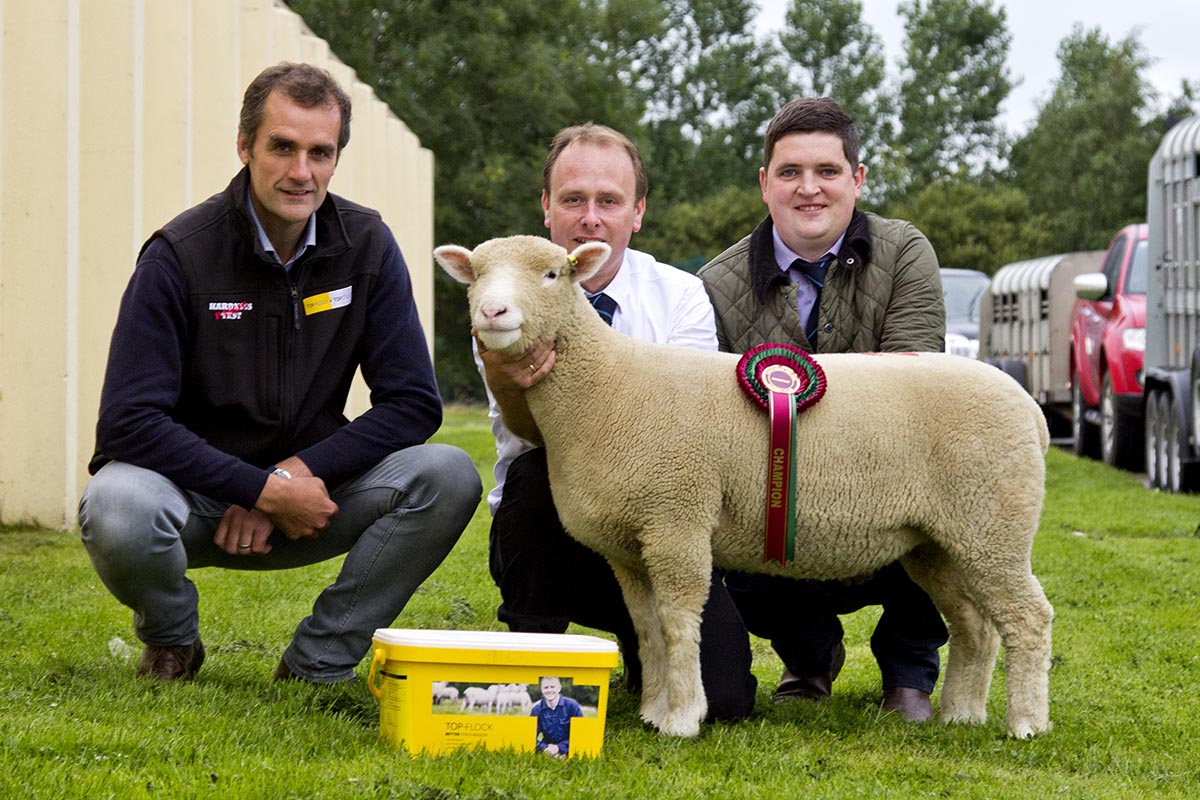 This Show & Sale, still relatively new to Omagh, attracted 65 entries, and the continuing popularity of the Breed was reflected in the interest shown by the large turnout of people interested in establishing a Dorset Flock or indeed adding to their existing Pedigree Flock. With this west of the Province Sale still regarded as being in its infancy, the N I Dorset Club Committee was very pleased with the level of interest and look forward to it growing and developing year on year.

The earlier part of the day was given over to the judging of the various Classes and this was ably accomplished by Judge Mr Samuel Caldwell of the Ballymaconnelly Flock, Rasharkin.

Once again keen competition amongst the exhibitors in the various Classes saw strong entries in both the Ram Lamb and Ewe Lamb Classes coming forward for judging.

Mr Caldwell found his Supreme Champion in an outstanding ewe lamb belonging to Cameron Carson’s Mainevalley Flock, which went on to sell for the top sale price of 550 gns, being purchased by Mr Alastair Moore of Portglenone. 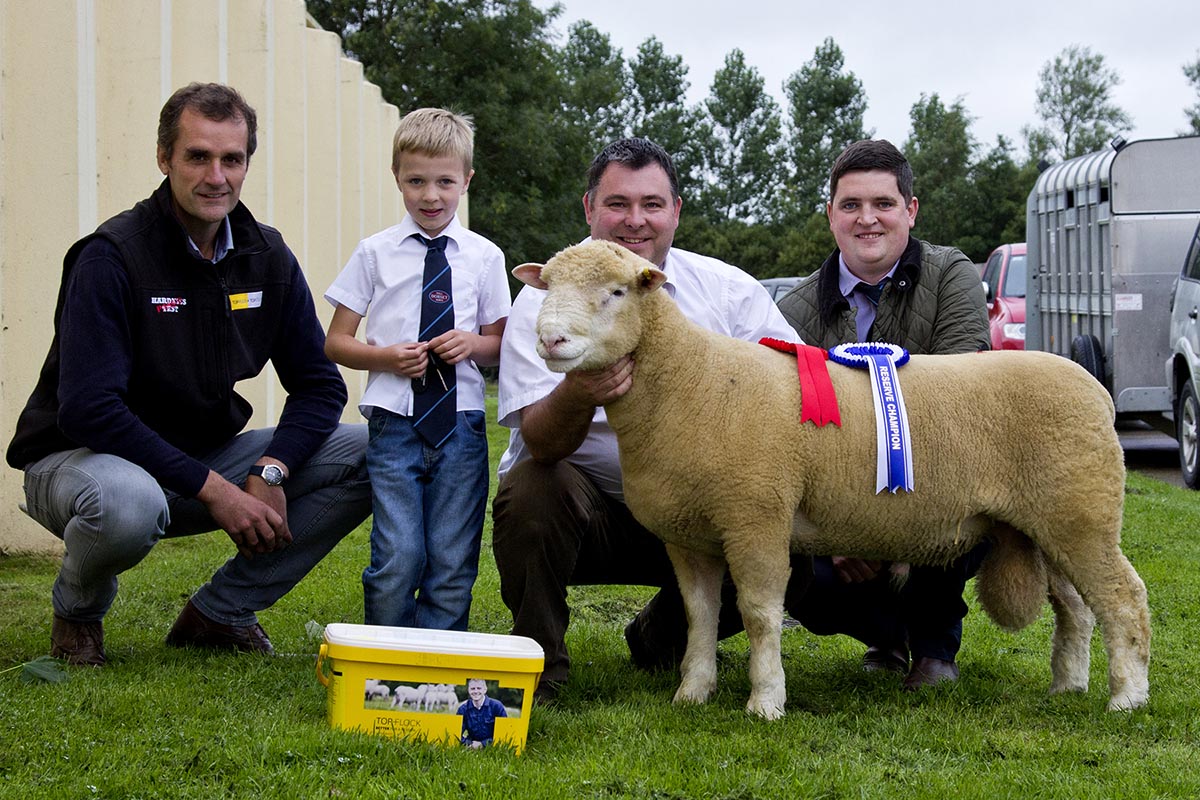 The Reserve Champion, an outstanding ram lamb was bred by Thomas Wright of the noted Ballytaggart Flock.

This superbly bred lamb, sired by Richhill XStyle, went on to sell for 400 gns having been purchased by Mr M Keys, Rathwarren Flock, Fintona.

The NI Dorset Club would wish to commend the Breed for its qualities, both in the pedigree sector and its ease of lambing, fast growth rates and ease of finishing, achieving consistently top grades in the commercial sector.

The next sale organised by NI Dorset Club members will be held in J A McClelland & Sons Livestock Mart, Ballymena on Monday 1st October, with the Show at 5.00pm and Sale commencing at 6.30pm. This Sale will be the final opportunity in 2018 for new and established Breeders to purchase top quality stock