Saturday, 11th June saw the Welsh Dorset Sheep Club holding their 1st ever National Show hosted this year by Aberystwyth & Ceredigion County Show. Judge Sam Driver from the well-known Sandy Lane Flock, Derbyshire had the tough task of judging with 61 Dorsets entered. This was noticeable during the group of three class where 9 groups where forward with the tremendous sight of 27 Dorset sheep in the ring at one time. This was a great advert for the breed and also showing the ever growing popularity of the breed in Wales with exhibitors from North, Mid and South Wales competing.

The Champion of the day went to G & E Jones, Roci Flock with their Ram Lamb winning the new Perpetual Cup, awarded by our President Mrs Doreen Price. Reserve went to S & R Downes, Sian-D flock with their Aged Ewe. Roci then went on to win best male on the field with the Ram Lamb and then Reserve Interbreed Champion, da iawn chi.

A big thanks has to go out to:

All the competitors for competing and turning out top quality stock

And to Aberystwyth Show for hosting this event this year

Diolch I chi gyd/Thank you all

“It was a privilege and honour to be asked to judge the first Welsh Club National Show at Aberystwyth. I’d like to thank every exhibitor who put forward such a strong showing of stock, not only in numbers but also in quality. I’d be surprised if any other show this year can present as good a turnout of Dorsets. A large percentage of the show-field was taken up with Dorset sheep. A credit to everyone involved. A personal highlight was witnessing the extremely impressive line-up of animals in the ‘group of three’ class. A line-up of sheep that would make any of the major breeds at any of the major shows envious. Congratulations to Roci and family for taking Breed Champion with their ram lamb. A lamb with great bone, conformation and full of breed character. He continued to take the Champion ram on the field and was Reserve Interbreed Champion. An extremely satisfying result for both Roci and the Dorset breed as a whole. Taking reserve breed champion was the tremendous aged ewe from Sian Downes. Great length, leg setting and head made her a worthy winner from a line-up of one of the best aged ewe classes I’ve ever had the pleasure of judging”. 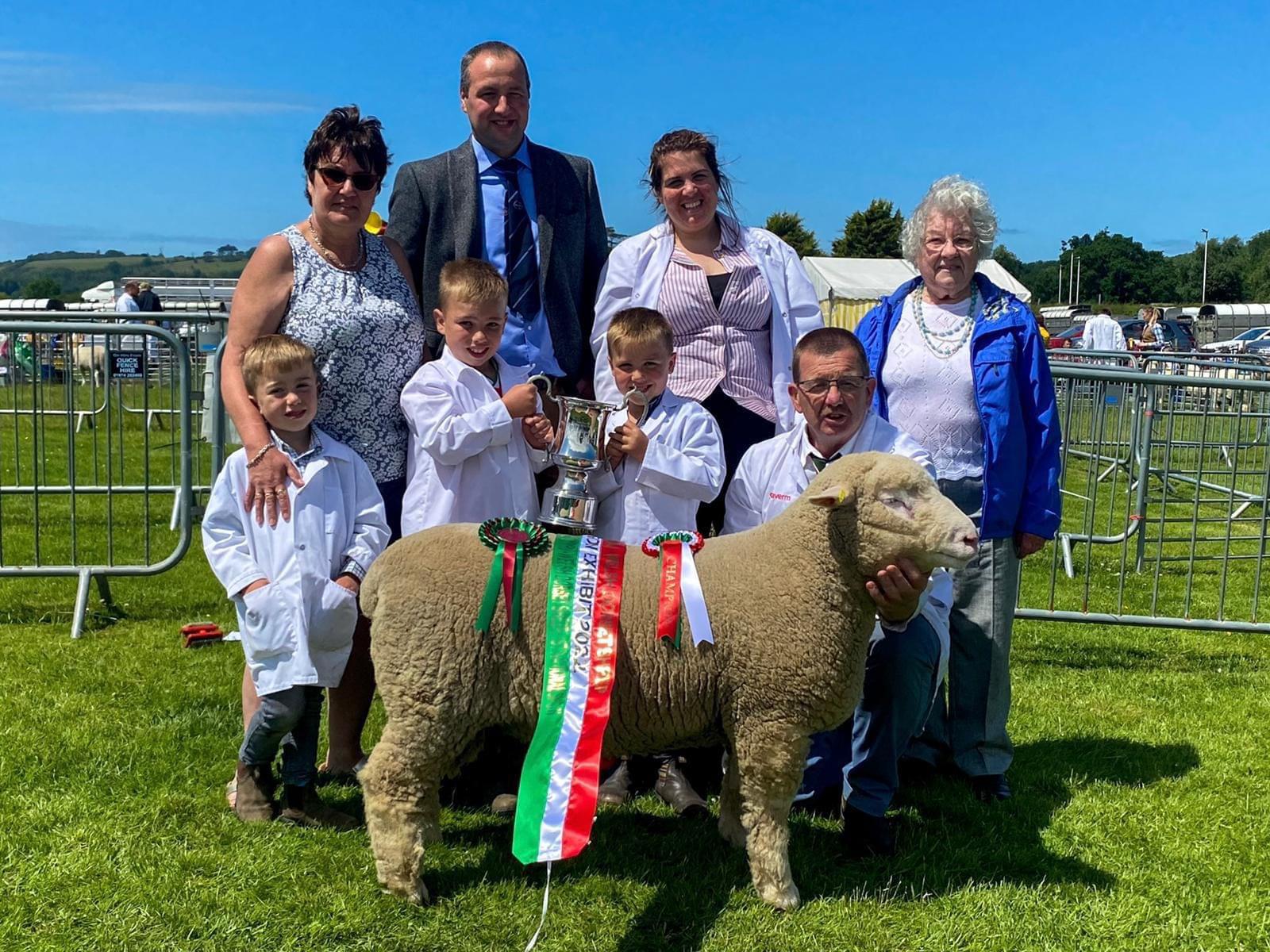 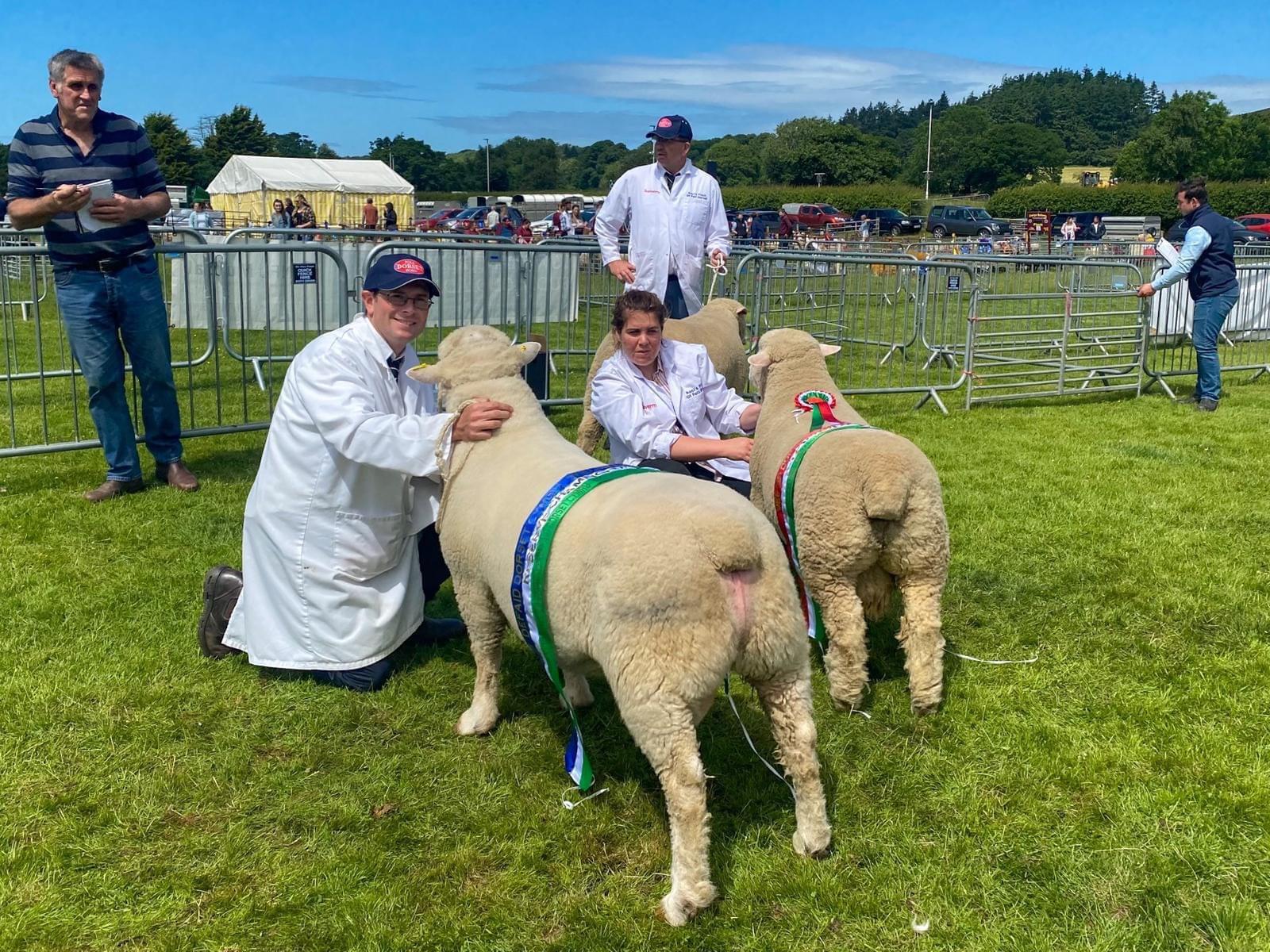 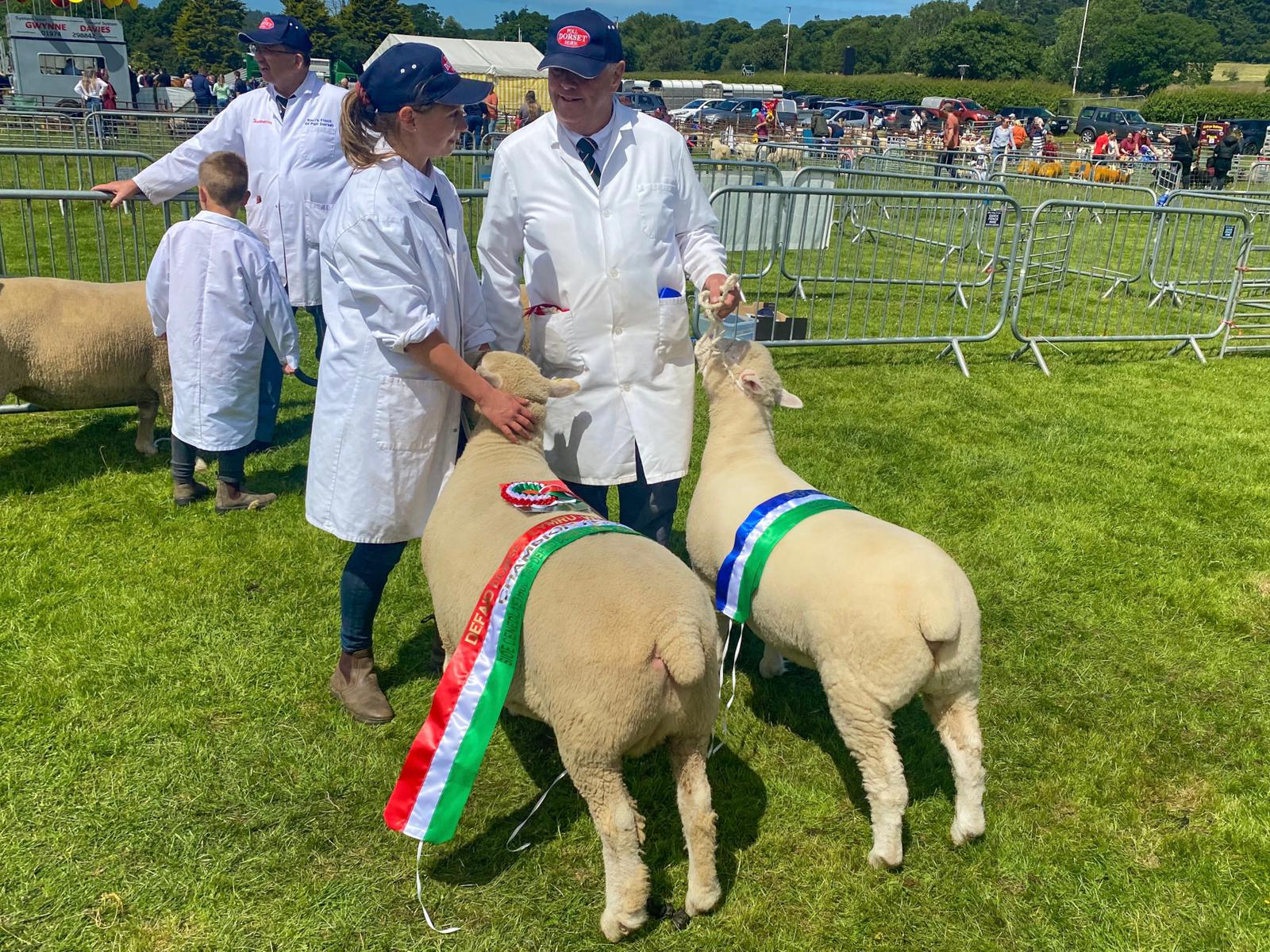 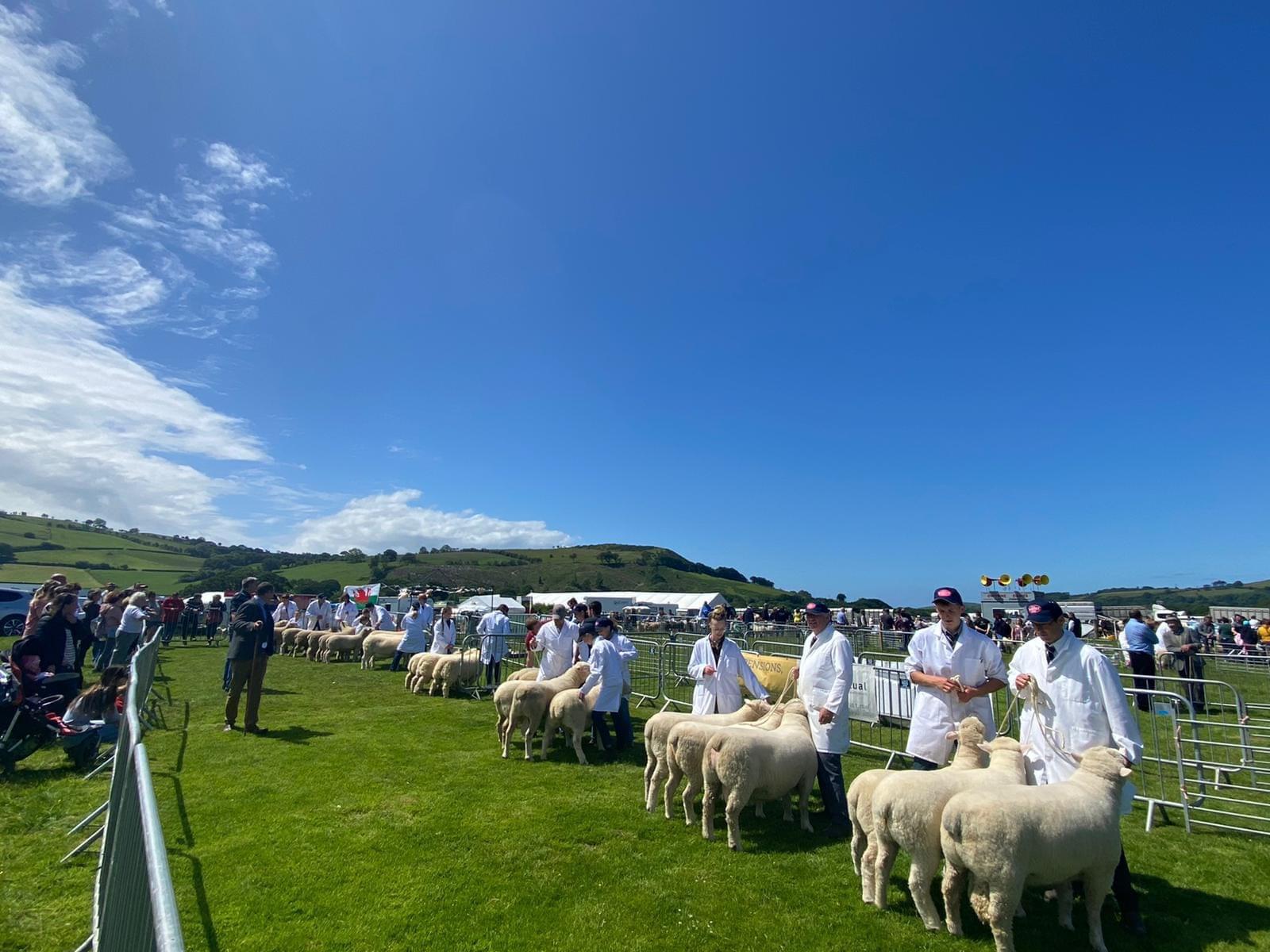 The Judging of the Group of Three