Farming in the Blackmore Vale 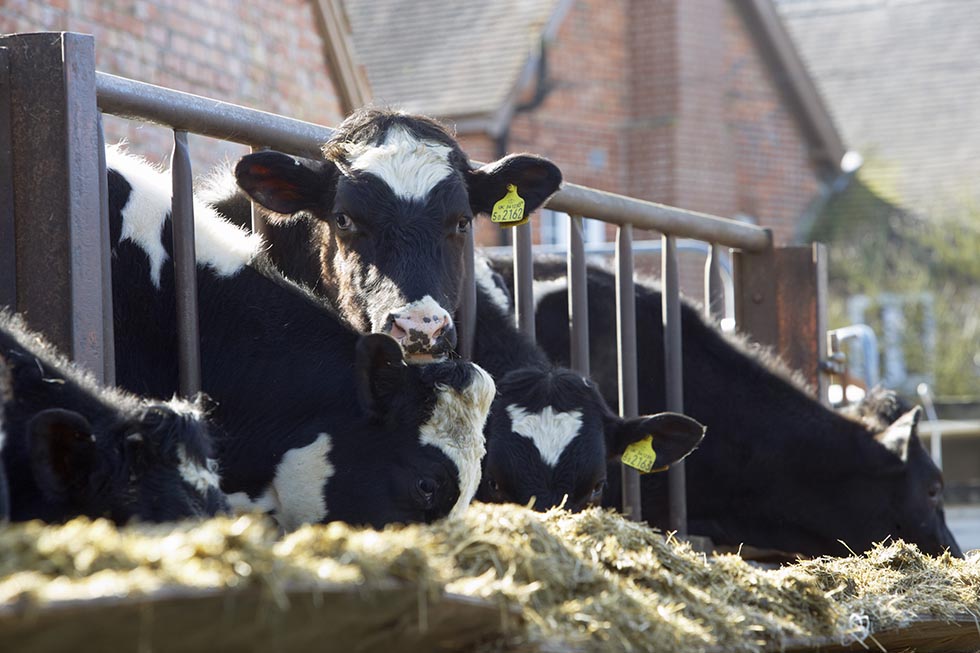 The ability to lamb Poll Dorset ewes in September and December provides the perfect complement to a heifer rearing and beef business in the Blackmore Vale.

The pedigree Poll Dorset Sherborne flock run by Rob Hole and his father, Richard, at Hill Street Farm, near Sherborne in Dorset has been established for 50 years this year and, thanks to the success of the system and good margins from early lamb sales to Waitrose, flock numbers have been doubled to 430 ewes in the last 20 years.

Between 300 and 350 ewes lamb indoors in September with the remainder, along with ewe lambs, in December. 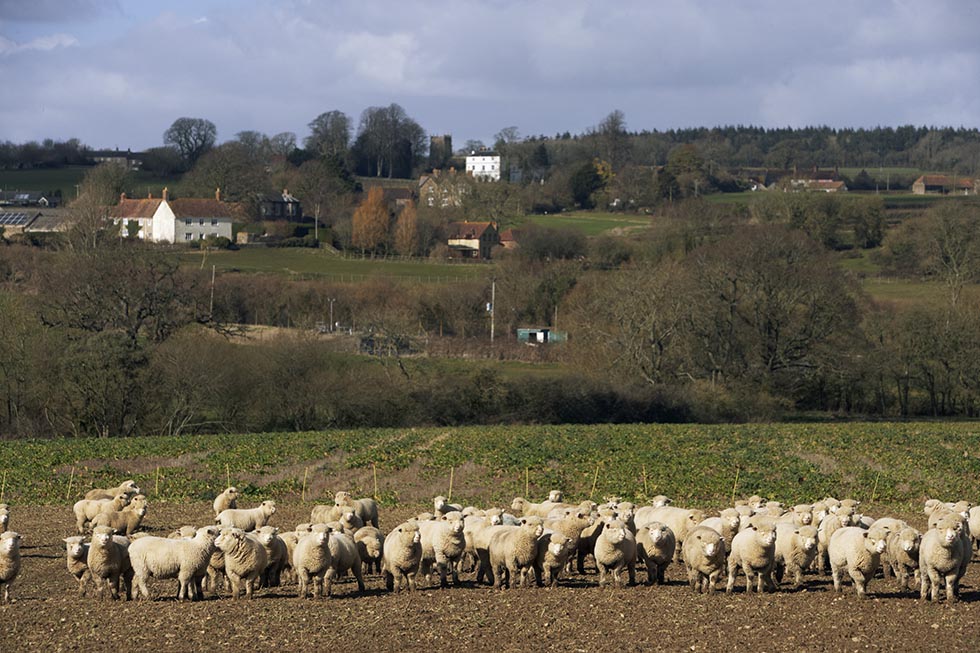 Lambing in September makes the best use of the grass and the buildings. Ewes and lambs are housed at night and out during the day and are turned out to grass three or four days after lambing and the housing is used from the last week in October-first week in November for the 220 head of cattle.

The 360 acre farm originally had a small dairy herd but with continuing in milk production requiring a huge investment, Richard and Rob decided to concentrate on sheep - and work closely with their dairying neighbours.

“The cattle and sheep enterprises work together so well.

We also have two big dairy farms next door and the sheep go onto both units to graze both new leys and permanent pasture and they improve the quality of the swards.

“When the ewes are in lamb in the summer we can really concentrate the stocking density and free up grazing for the cattle.

By running the two enterprises together we have also found worm counts for the main flock are very low - in fact none have been wormed since the autumn.

“Lambing in September is an absolute joy as the weather is generally warm and the lambs get off to a great start - and it’s good for the public to be able to buy home-produced, new season lamb early in the year,” added Rob. 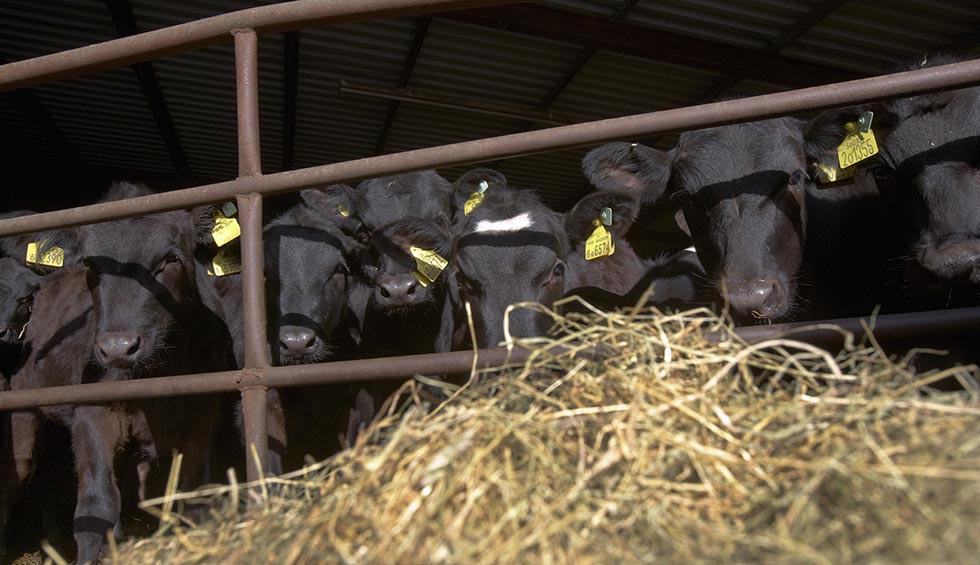 The heifers come to Hill Street at four to five months old and return to their respective farms two months before calving af-ter having run with the Aber-deen Angus bull or served by AI.

The Holes also rear 80 Angus heifers a year for Blade Farm-ing which arrive on farm at three months old and are finished at 18 months old weighing 560-580kg and go to ABP’s Langport abattoir in Somerset.

The September-lambing ewes are split into two groups a month before lambing, with those carrying twins getting high energy feed blocks for the final fortnight. Singles just get hay at night and grass during the day.

A small amount of nitrogen fertiliser is applied at the end of August to boost grass growth and quality. 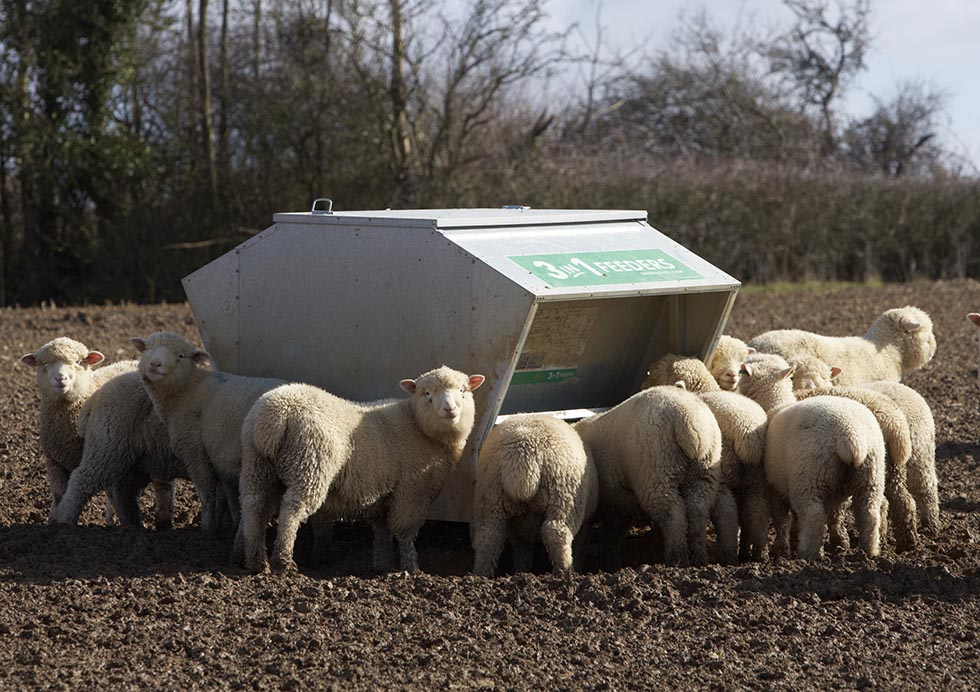 The sheep then go on to hybrid brassica Swift and stubble turnips and dry silage from the third week in October until weaning just before Christmas.

All the lambs have access to an 18% protein creep pellet from two or three weeks of age, with twins also fed 250g of lamb rolls a day.

The lambs are finished on first and second year grass leys, which are grown in rotation with the spring wheat and brassica crops, at between 14 and 22 weeks old at an average carcase weight of 19kg. Most have gone well before mid-February.

Of the last crop, 93% graded U and R at 2 and 3L. They are marketed by Waitrose as Dorset Farmhouse Lamb and the Holes have been supplying the scheme for more than a decade. Feedback on individual carcase weight and quality is important for the improvement of the flock.

The December lambing ewes and ewe lambs are kept in a single group for ease of management and are housed over the winter. Ewes are fed just over 1kg of 18% protein rolls and ad-lib first cut silage, with lambs getting creep feed from two weeks old.

“They finish very quickly – some singles get to 42kg liveweight at 10 weeks old,” he adds. “We’ll wean them at 10-11 weeks to allow the ewes to rest before going back to the tup in April. 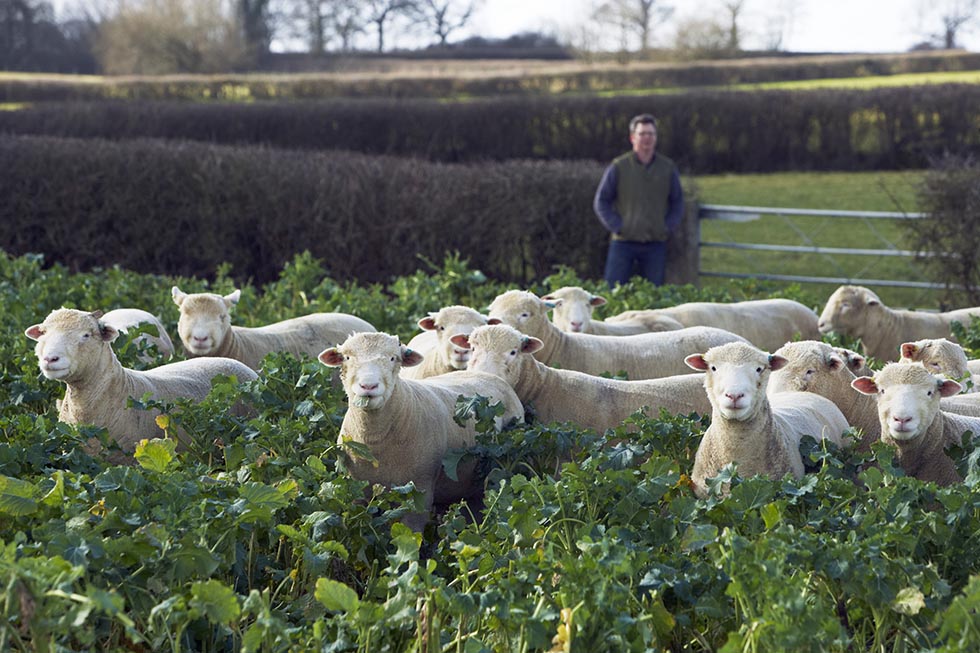 Ewe lambs weighing more than 55kg go to the ram in July to lamb at 14 months old. Rob says they make fantastic mothers and this gives them an advantage when they enter the main flock the following year.

Lambing percentages average 150% sold for the September lambers and 179% for the later batch.

Rob acknowledges that tupping conditions are not as good in April as later in the year, but the forward contract price from Waitrose for the lambs and the production of pedigree ewe lambs for sale outweighs the disadvantage of the lower lambing percentage.

“We’re running a large flock of Dorsets here - the biggest flock of pedigree Dorsets in the current national breed flock book. The only labour is myself, my father, who is in his 70s and still works eight hours a day, and my eldest son Harry who feeds and beds the cattle four mornings a week. Silage making and shearing are carried out by contractors.

“The sheep have to stand up commercially - the figures have to stack up.They have to work with the cattle enterprises,” said Rob. “We have a good relationship with Waitrose and we are producing large numbers of pedigree breeding sheep for sale.

The foundation flock was formed from the Bradstock Flock dispersal, bred by Rob’s grandfather, the well-known Bunny Lenthall, who was responsible for the importation of the first polled Dorsets into the UK from Australia, and it still retains this quality characteristic.

Flock expansion has included the purchase of stock from all of the top Dorset flocks in the UK, plus the inclusion of some Australian bloodlines. All ram lambs for sale are geno-typed and only group 1 rams are bought in.

There is a high health care policy for the flock, with regular worm counts and working closely with the farm’s vet to establish a health plan. 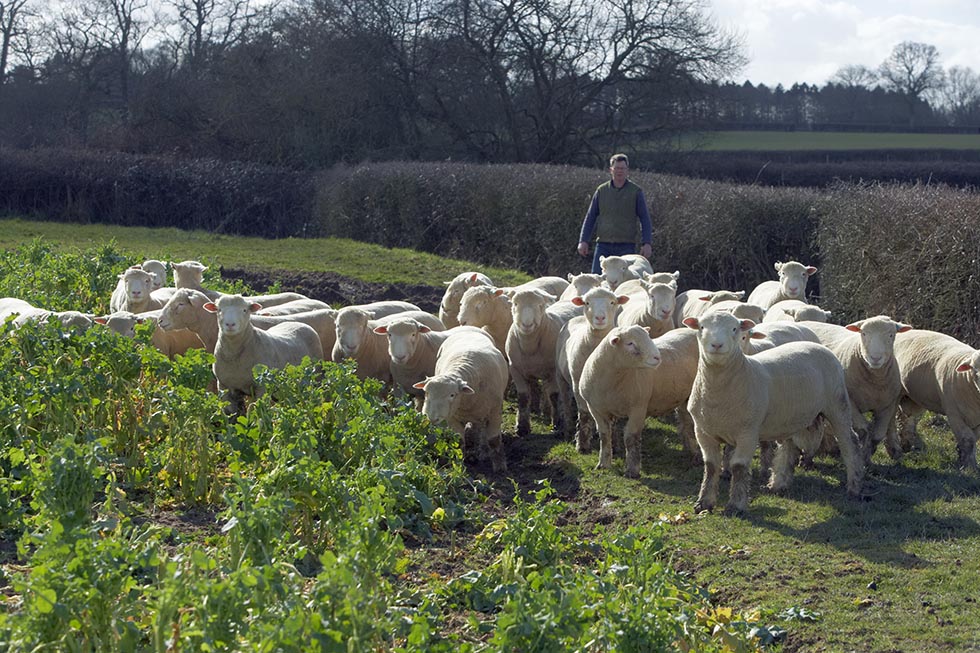 While the flock is run on commercial lines, it is Signet performance recorded and is a member of Centurion (Poll Dorset) Sire Reference Scheme, the flock still uses the breed society sales as a yardstick for its breeding policies.

“The main sale in Exeter in early May (the May Fair) is the flock’s first major sale, not only selling individual rams and females, but

“The sale is not only vitally important for Dorset breeders, but it also sets the tone for the season’s up and coming sheep events,” he added.

The Sherborne flock retains 100 ewe lambs as replacements with the remainder sold either direct from the farm or through the other society sales at Llandovery and Worcester.

Demonstrating how the breed’s popularity has spread over the years, Sherborne sold large numbers of ewe lambs to Northern Ireland and Scotland in 2014 to establish new flocks.