Back to Basics - Geof Davey 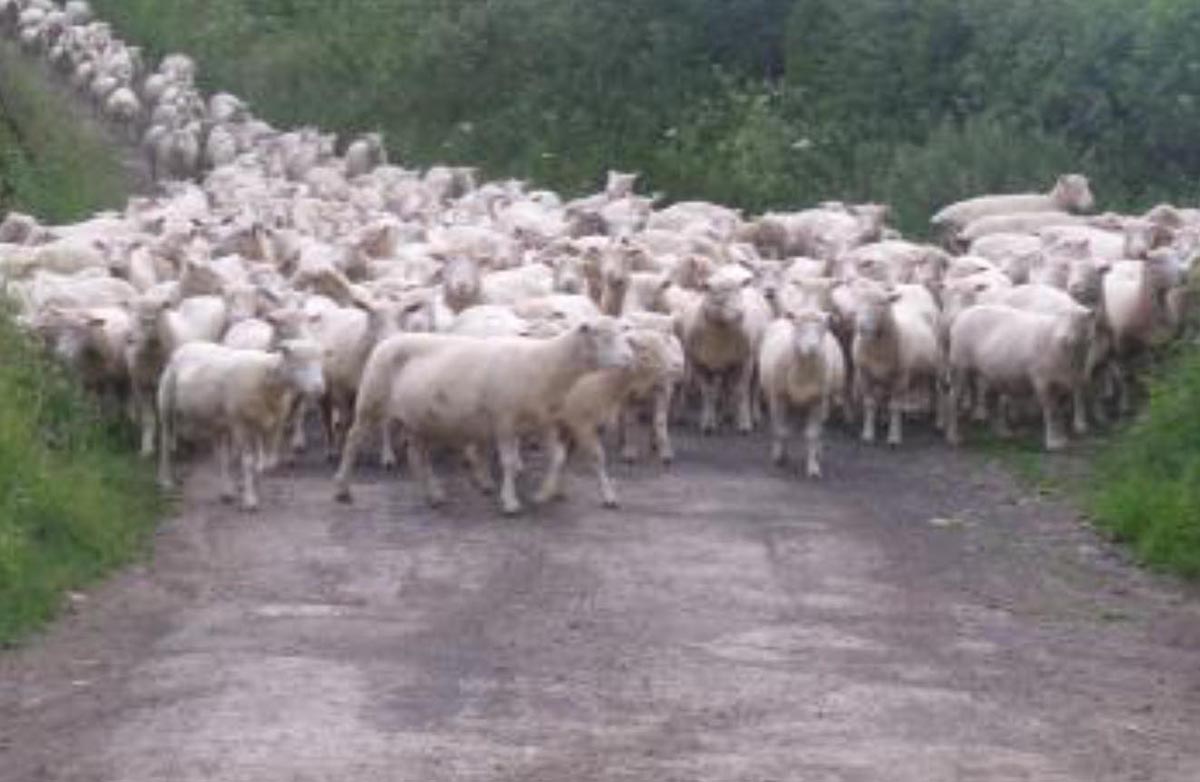 Poll Dorset sheep fit into the ‘back to basics’ policy and have paid off for Somerset sheep producer Geof Davey. The easily managed and adaptable breed is paying its way for Geof and his partner Sarah who are helped by their daughters, Abigail, 11, and Olivia, seven, at Bridge Farm, Shepton Mallet, a lowland grass unit in the Mendip Hills.

“I always wanted to keep sheep right from when I was at primary school and I used to go to sheep fairs with my dad who had dairy cows. Poll Dorsets were my chosen breed and at the age of ten I got two ewes,” said Geof.

Initially farming with his father and mother, Geof took on an eight year farm business tenancy of a 60 acre Somerset County Council farm from 1999 to 2007, initially milking up to 60 cows 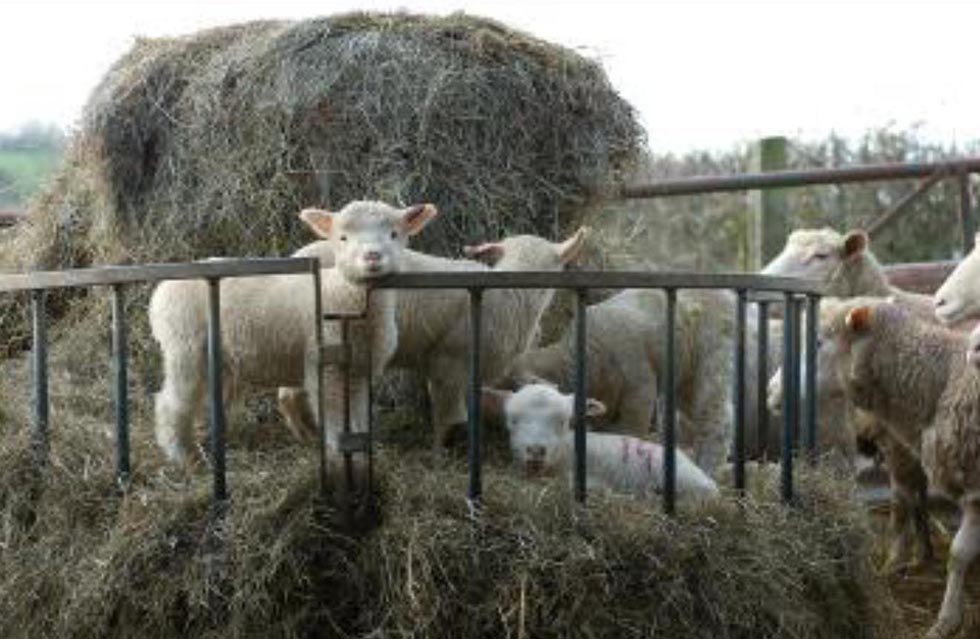 In 2001 when movement restrictions were in place because of foot and mouth disease prevented him using grass keep and the dairy herd was reduced in favour of the sheep and the foundation of the flock included 49 ewe lambs from Roger Huxter, of Crediton, Devon.

The move to the 160 acre Bridge Farm enabled further expansion of the flock from 250 breeding to today’s 870 ewes.

Now the flock is the main focus of the farming enterprise with the majority pure bred Poll Dorset and half the flock registered under the White Woolies prefix.

One of the attributes of the Dorset breed is its versatility and ability to lamb at any time of the year, unlike other breeds which naturally lamb in the spring.

Geof and Sarah - she also juggles farming with running her own floristry business - have used this to their advantage and they have been lambing the older ewes from September to October with ewe lambs lambing from January to March. 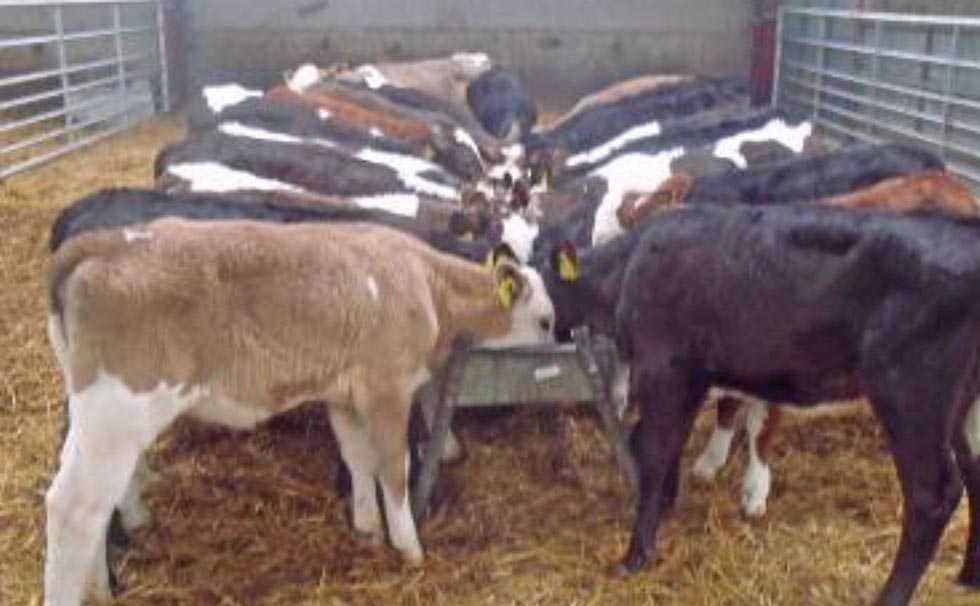 Not only does this enable them to sell prime lambs at a premium early in the new year to a specialist Dorset scheme with a leading supermarket, which they have been doing since 2002, but now they are further improving on the profitability of their farm by rearing beef calves.

“Last year we started rearing mainly Hereford - Aberdeen Angus cross calves, buying them at two to three weeks old and selling them at three to four months of age, putting 140 through the system,” said Geof. 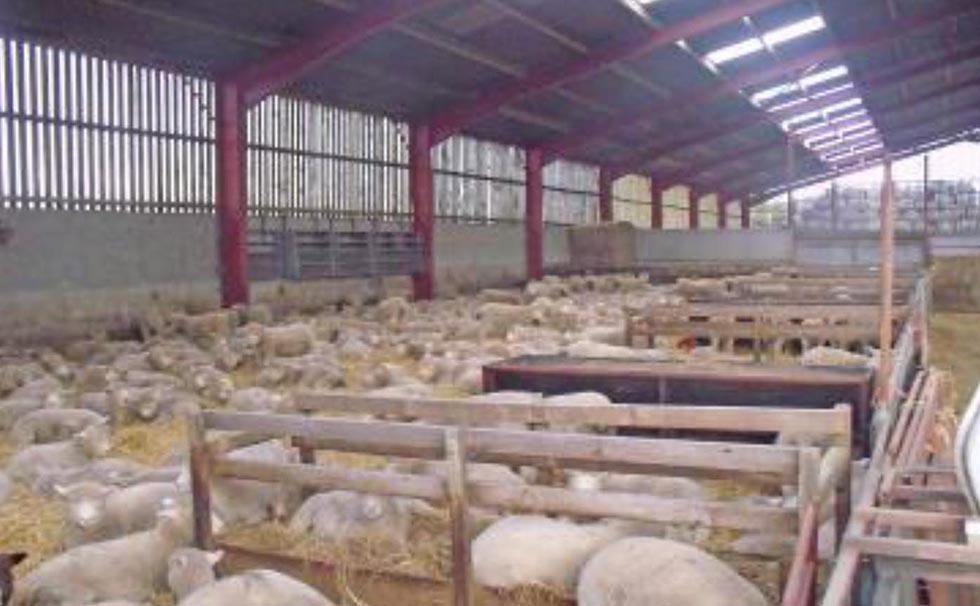 “This year (2014) is the last for lambing the ewe lambs in January-March so all the ewes will be lambed in September-October. All the ewes are housed for lambing but by consolidating it all in the autumn, it frees up the housing so that we can keep the calves on until 12 months old and sell them as stores,” said Geof.

Geof has a ‘low input - back to basics policy’ and the ewes are fed no concentrates but are given high energy feed buckets before and after lambing.

After lambing when the weather is right, the ewes and lambs are turned back out on the autumn pasture.

Lambs are not creep fed to prevent poaching of the ground but from mid December lambs rare weaned and housed and fed ad lib on lamb grower finisher pellets from Crediton Milling and barley straw and hay, with most sold from January to March.

The finished lambs weigh 17-17.5kg deadweight with the aim of increasing this, grading mainly R3L with some U3L.

“We find the September-October lambing suits us and the farm perfectly and if now we can add more value to the calves by keeping them on longer.

“I could recommend the system. The lambs don’t need worming and aren’t affected by fly strike because of the time of year. With the lambs being sold by April there is plenty of fresh, spring grass to turn out the rams with the ewes for autumn lamb production.

“It means we can keep more ewes throughout the summer grazing period and we scan stock at six ewes to the acre.

“That’s the beauty of Dorsets - they lamb when you want them to. You are not working with the sheep - they work for you,” said Geof. 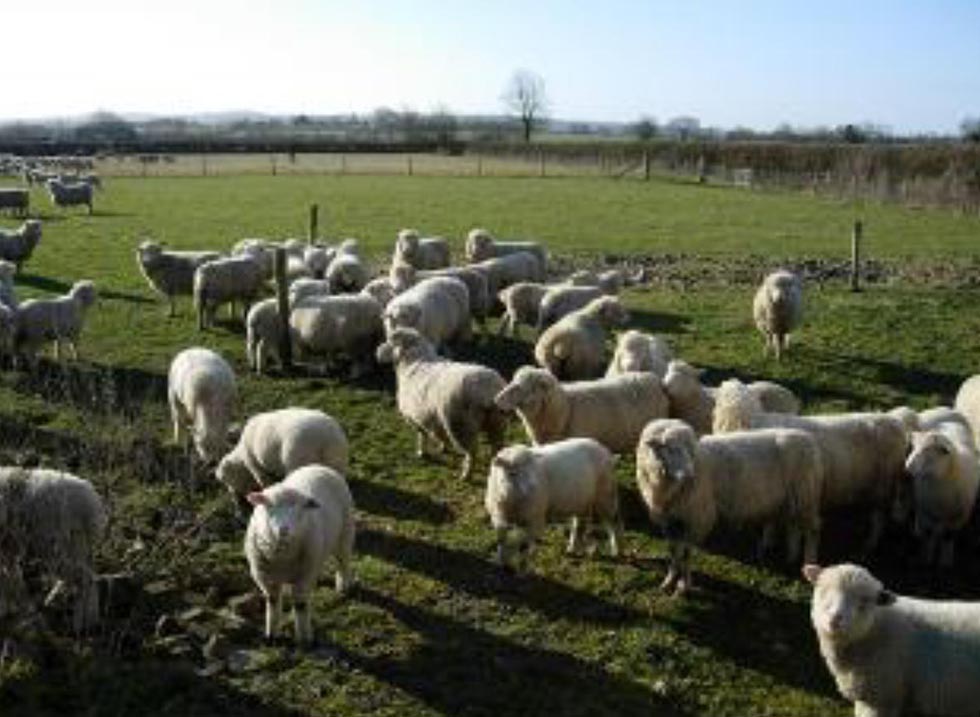 On the low-input system, Geof is happy with a lambing percentage of 1.4 lambs born. He says if he had to feed his Dorsets like other commercial ewes it would not be viable.

The ewes are easily managed and lambed. In autumn 2013, 52 ewes lambed within 24 hours and nine lambed within half an hour and all had been served naturally.

Key inputs are the ewes are wormed/fluked and the ewes are given a trace element drench as well as an MoT to check teeth and udders and trim feet before the rams are let loose. The ratio for rams to ewes has been reduced from 1-50-60 ewes to 1-30 ewes which helps with productivity. Currently 25 pedigree registered Dorset rams and five ram lambs purchased from Joe Larder, of Sandford, Somerset, are run with the ewes.

The majority of the ewe lambs are sold finished with a few retained as flock replacements. Some selective purchases are made for replacement females.

Both Geof and Sarah’s daughters are enthusiastic about the Dorsets and show them at their local Shepton Mallet Show - last year they showed nine sheep and came home with ten rosettes.

Geof said: “I’m dedicated to my sheep 24-7 which are also a hobby and, in fact, going to the May Fair in Exeter is my holiday!”