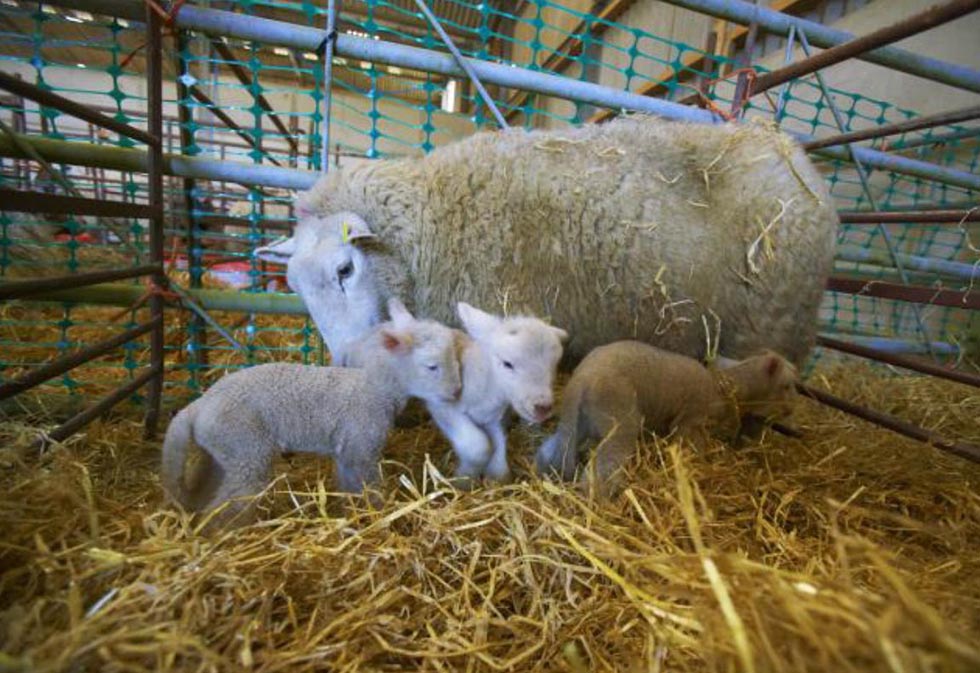 Mike Miller provides labour for the flock which he shares and runs with Langham Farms. The farm neighbours his own organic 300-acre holding where he runs a 50-cow Hereford-Angus suckler herd, finishing all the progeny.

Mike has been committed to the Dorset breed since he established his own pedigree flock 15 years ago but when he returned home to farm he decided the heavy clay ground was too wet to take advantage of the pure bred Dorset’s ability to lamb at any time of the year - particularly in the autumn to catch the early markets - and he sold the flock.

“I knew from experience that in New Zealand the Dorset is used with great success as a terminal sire on the Perendale, essentially a hill sheep and well suited to the ground at Bulbarrow which rises to 900ft and has steep banks,” said Mike, who runs the farm with one man and extra help during lambing time.

The sheep numbers have been gradually built up with the aim of breeding all the flock replacements. After spending a year in New Zealand after finishing college and visiting Scotland on a sheep study day with the SAC, Mike was convinced that crossing the North Country Cheviot with the New Zealand Romney would provide the easier care sheep he was looking for.

All the Perendale ewes are put to the Poll Dorset and Mike always uses performance figures to select his rams.

Home bred rams and those from Jim Dufosee’s Blackhill flock at Warminster, Wiltshire, and Rob Hole’s Sherborne flock have been used.

“I try to buy rams with EBVs in the top 10 per cent with the focus on growth rates, eye muscle and ease of lambing. The Dorset rams are noticeably longer lived than other terminal sires, being used until they are four and five years old. They are also quiet and easy to handle,” said Mike.

The farm’s core ground for grazing runs to 300 acres but the ewes have access to extra haylage aftermath land during the winter.

“The Dorset breed has made great improvements over the last decade. The ewes lamb easily to the Dorset. The lambs have vigour and a good covering of wool which helps when lambing them outside. We have no health issues with them and they are very strong lambs,” said Mike.

Despite the bad spring for lambing, the Dorset lambs averaged 1.4 lambs per ewe sold last season.

“All the sheep lamb at the same time and after last spring we noticed that the Perendales and Dorset cross lambs were coping better than any of the other sheep with the extremes of weather.

“We don’t push the lambs and getting over fat is not an issue which helps when we market the lambs throughout the winter. It is a low input system. We are selling at a 19kg carcase off grass grading at R3L or U, selling to Dunbia,” said Mike. “The lambs have good conformation and they are hardy.”

Lambs which have not finished off grass by the end of September are sold off turnips through to January and February.

Early in 2013, lambs were making up to 460p per kg. A Sainsbury’s contract during January and February was giving a guaranteed 380p per kg.