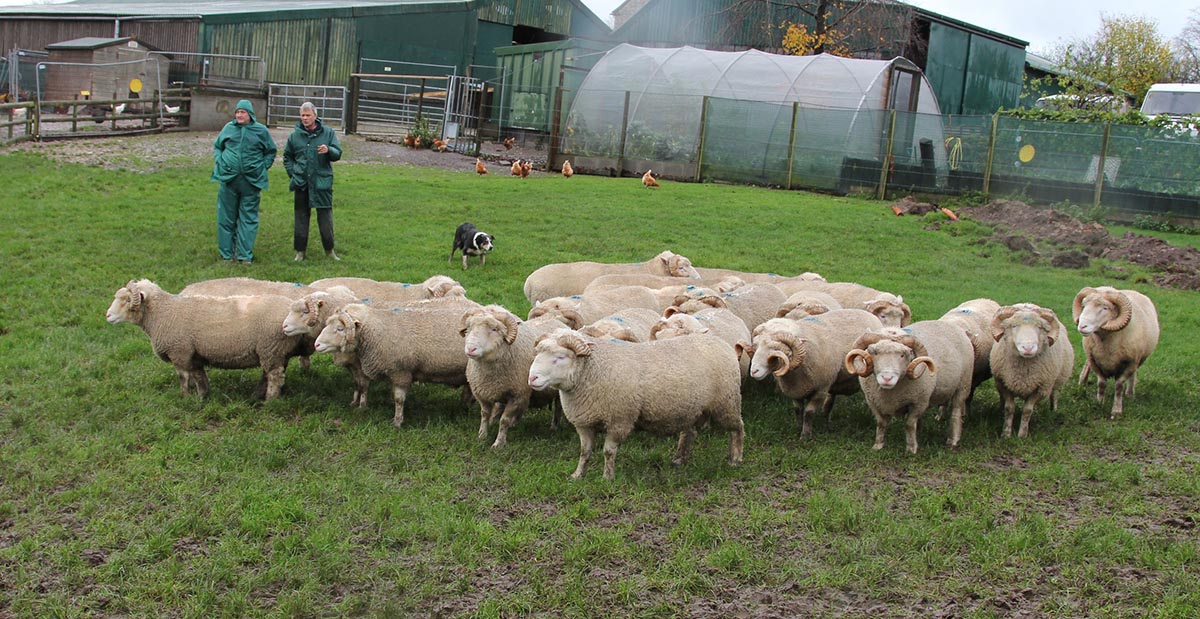 The Dorset Horn has played an integral role in a large commercial sheep farming operation run by the Driver family in Derbyshire’s Peak District for more than 60 years.

Sam Driver inherited the passion for the breed from his late grandfather, Stanley, who brought Dorset Horn rams he bought at the annual May Fair sale starting in 1952 back to Sandy Lane Farm, Glossop on the train.

Now the diverse sheep enterprise based on hill ewes and using the Dorset Horn and other rams including Texel, Suffolk and Bluefaced Leicester, numbers 5,000 ewes plus hoggs. It is run alongside a herd of 35 crossbred suckler cows and Sam’s herd of 20 pedigree Simmentals.

“We have used Dorset Horn rams on our hill ewes for many years. We run Derbyshire Lonk and Lonk cross ewes, traditionally common to the area, and we are currently using about 30 home-bred Dorset Horn rams on them,” said Sam, whose first Dorset Horn females established his Sandy Lane flock with his grandfather’s blessing when he was just nine years old in 1997.

“The Dorset Horn rams are loosed onto Severely Disadvantaged land and they work where we just wouldn’t expect other breeds to perform,” he added.

The family has found that the Dorset cross ewes out-perform other lowland type hill crosses because of their ability to produce an early quality lamb finished off grass.

“The Dorset Horn cross works for us and suits our farm and we have found a good end market for our finished lambs. It’s not just about producing the ewes for further breeding but the Lonk cross Dorset Horn produces an excellent finished wether lamb,” said Sam.

Of the Drivers’ total stratified flock there are 800 Lonk and Lonk cross ewes which are either bred pure or crossed with the Dorset Horn. Between 600-700 of their Dorset cross progeny put to the Texel and SuffolK make up the early lambing flock. A further 250 Dorset Horn cross hoggs are tupped with Badgerface and Welsh Mountain rams.

The remainder of the breeding sheep are Swaledales, Herdwicks, crossbred hill ewes and Mules. 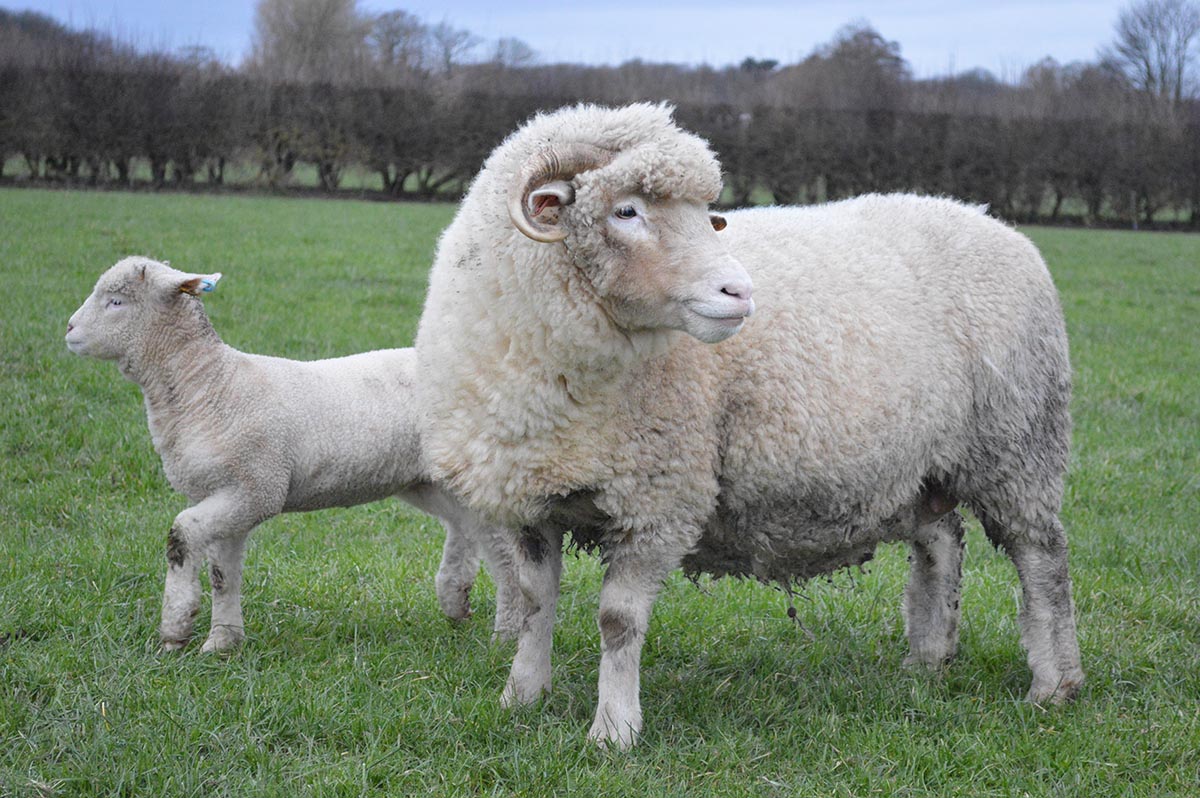 Lambing the 5,000 ewes is in three stints - older ewes lamb in January, another batch in February and the shearlings lamb in April. Ewe hoggs are lambed in May to the Badger Faced. Crossbred Dorsets are lambed between January and May, mostly
outside.

“First cross Dorset out of a Lonk are tupped early with a Texel or Suffolk producing lambs from the beginning of January. We don’t have to creep feed the lambs which are sold at 12-16 weeks old,” said Sam.

All lambs are sold deadweight either to Dunbia, Preston, or to the award winning local Butcher of the Year Mettricks in Glossop.

Finished lambs carcases average 18kg at R3L but finishing weight is flexible particularly for the local butcher who buys around 15-20 a week (800-900 lambs a year). It is marketed under locally-reared High Peak Lamb. 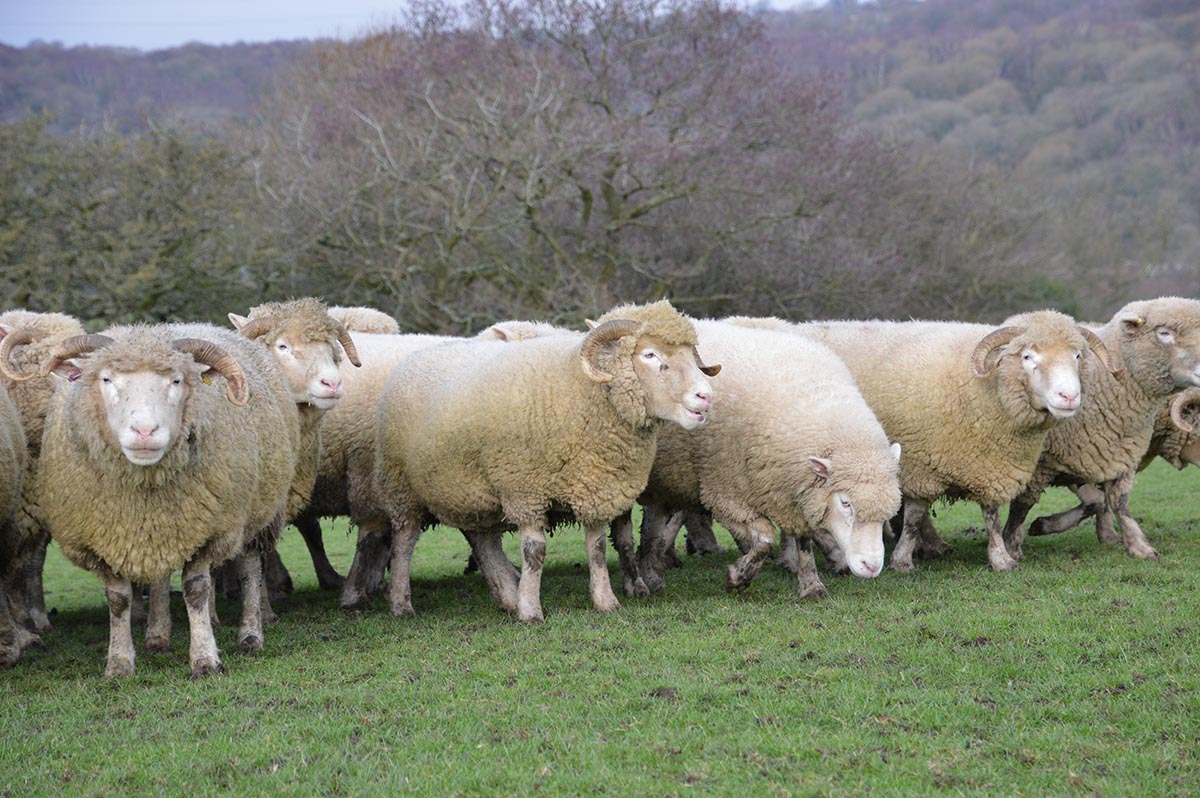 Sam’s Sandy Lane Dorset Horn flock, which provides rams to use on the commercial ewes, with the exception of the first 12 ewes and another five females bought since are home bred. No Horns have been bought since 2004.

The Poll Dorsets were established with purchases from several different flocks and at dispersal sales and now 90% of the Polled flock is now home-bred. Realising the market potential for polled ewes both for pedigree breeding and for use as embryo recipients Sam began to develop their numbers.

In 2018 the Sandy Lane flock of 175 Dorset Horn ewes - the largest flock in the country - and 310 Poll Dorset ewes won the Dorset Horn and Poll Dorset Sheep Breeders Association annual flock competition for the first time.

Sam has entered both Horn and Poll sheep at the Dorset May Fair show and sale in Exeter, missing only one year since 2006, and his biggest success was in 2014 taking the award for the best horned exhibit with a shearling ram - although the flock is usually among the prizes.

He says: “Dorset sheep fit into all systems because of their ability to lamb all year round. They are in particular demand from newcomers to sheep husbandry with smallholdings. “The sheer docility is a big key. Their desire to escape is virtually nil providing there’s a green blade of grass in front of them! Their mothering ability is second to none and if a ewe doesn’t mother its lambs then they are culled from our flock.”

Sam regularly sells ‘starter’ flocks to people with small acreages as they are ideal for fitting in with work and holidays because of their versatility in lambing which can be up to three times in two years.

Because of their ease of management, newcomers to sheep farming can learn a lot from them, he says.